Despite city goal, only one new street light is projected to be installed in 2019 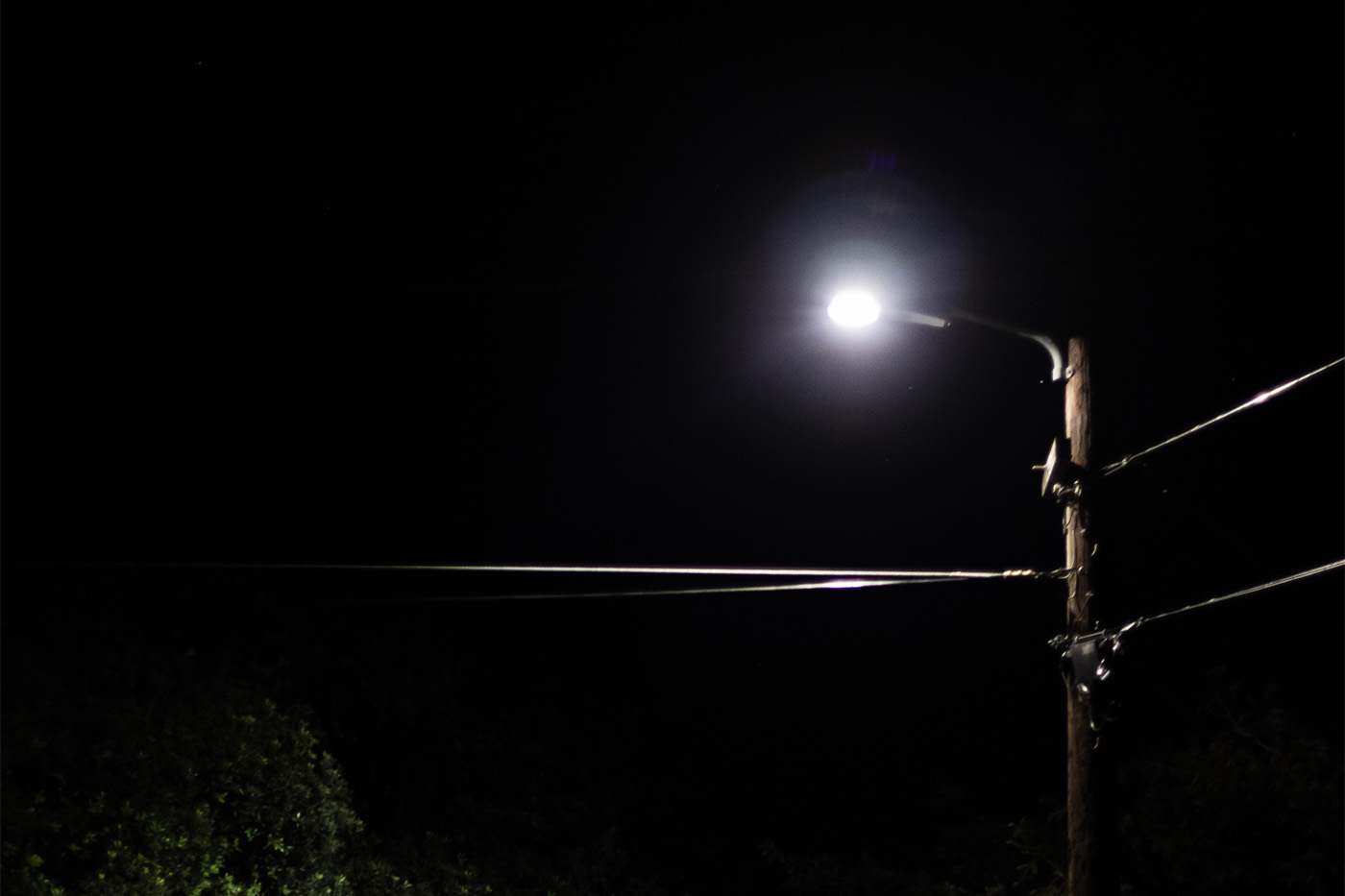 It was 8:03 p.m. Dusk had settled in, but not so much that one’s eyes could adjust to the darkness. Industrial technology and packaging juniors Ben Simon and Ryan Meffert stood on Hathway Avenue talking on the sidewalk.

As they were talking, a biker rode by on the other side of the street. The flicker of his bike light caught their eyes, and they followed it for a second. After turning back to their conversation, they heard brakes screeching in the direction the biker was headed. A car had narrowly missed hitting the biker as it pulled out from its spot parked along the street. The darkness of Hathway had enveloped the biker — despite his bike lights — and left him vulnerable to the dangers of the unlit streets.

San Luis Obispo City officials said they have heard complaints of 16 places where lights are needed around Hathway Avenue. Yet they are only planning, for now, to install one new light.

“This is disappointing — one light a year is not going to do anything,” Meffert said. “I feel like they could at least put in a little more effort with the budgeting for that. To have them conclude to put up only one street light is upsetting.”

Mayor Heidi Harmon published a letter in Mustang News prior to her re-election. In this letter, Harmon acknowledged the student community by recognizing their complaints and requests for new lighting.

“Many students also expressed concerns about their safety and sexual assault,” Harmon wrote. “That is why in my first year as your mayor, I kept my promise and tripled the city’s street light budget to create new street lights and cut branches from blocking existing light sources.”

Although this sounds promising, in an email to Mustang News, Harmon explained the plans for the lighting budget in detail. There are currently 16 locations in queue for new street lights.  These locations are determined by request and how well they conform to city standards.

Despite Harmon’s campaign platform, which emphasized her understanding of students’ desire for safety, the budget allocated allows for one to two new street light locations per year. At this budget’s rate, it could take as many as eight to 16 years just to address the locations that have already been identified.

Currently, the one planned light with budget allocation will be at the corner of Hathway and Via Carta in Spring 2019.

“It’s crazy how a place so densely populated with students, where safety is such a huge concern, isn’t seeing basic or adequate lighting,” biological sciences junior Hannah Barta said. “I shouldn’t feel unsafe on a five-minute walk home at 7 p.m.”

“I shouldn’t feel unsafe on a five-minute walk home at 7 p.m”

Barta lives on Hathway and said she believes the lighting situation needs to be appropriately addressed.

“It’s frustrating because there is an idea that the city is taking action to do what is safe for us, but there is still nothing being done,” Barta said. “I appreciate [Harmon’s] listening and initial effort, but I definitely think there’s more that could be done and more action taken in a timely manner, especially since she made it such a big part of her platform.”

As students leave campus and turn on the corner of Via Carta onto Hathway, many can be seen pulling out their phones and either calling someone to have a familiar voice accompany them through the dark or using their flashlights to illuminate the sidewalk in front of them.

“I almost always call someone when I am walking home,” Barta said. “Sometimes, I literally pass by my friends and don’t even recognize them because it is so dark.”

“Sometimes, I literally pass by my friends and don’t even recognize them because it is so dark”

Meffert and Simon voiced their concerns with the current situation and proposed lighting plan. Meffert, who rides his skateboard to and from campus, said he has nearly been hit by a car several times — despite lights on his board and backpack — or ran over a rock or pothole and almost lost his balance. Simon said cars often do not see pedestrians either.

“It’s bad for everyone — cars can’t see on the sidewalks, and there’s usually large packs of people walking,” Simon said. “It’s too easy to not see what’s on the sidewalks or what’s in the street.”

“I wanted to research this topic because when I walk home I get super sketched out,” Dyer said.  “I am in the library until 11 or 12 every night, and I change the way I walk home and add five to 10 minutes on my walk just because I care about my safety.”

Dyer found that while 84 percent of Cal Poly students who responded to her survey walked on Hathway at night, an even greater 91 percent felt unsafe walking home due to the lack of lighting, and a whopping 95 percent said they would feel safer if there were more lights on the street.

According to her research, Hathway Avenue is 2,176 feet from start to finish, starting behind the Recreation Center and stretching to Campus Bottle. There are seven LED lights along this path, each giving off a diameter of 60 feet of light. This information reveals that despite the plans for a new light, there will still be roughly 1,700 feet of darkness.

Dyer contests Harmon’s plan because she believes one light per year is not enough — particularly regarding installation on Hathway and Via Carta.

“This is an attempt to solve the problem, but it’s only going to fix one tiny section,” Dyer said. “Most people use almost all of Hathway or different unlit sections off of Hath[way] to get home.”

Dyer said being a woman makes the situation worse for her, not knowing who or what is in the dark and not being sure of how well she could fight someone off.

“I know [Harmon] was trying to appeal to people, but this is just an attempt to grant peoples’ wishes without fixing the problem,” Dyer said.

“I know [Harmon] was trying to appeal to people, but this is just an attempt to grant peoples’ wishes without fixing the problem”

University Spokesperson Matt Lazier said that Cal Poly is doing what it can. However, as a public agency, the university is only capable of advocating for policies within their jurisdiction.

In an email to Mustang News, Lazier explained that Cal Poly is required by the City of San Luis Obispo to install lighting along the sidewalks on Slack Street as it borders the yakʔitʸutʸu living community. He said the university will also be adding a new street light at the corner of Grand Avenue and Slack Street for improved lighting at that intersection and along the walkway in order to comply with city standard spacing requirements.

In addition, Cal Poly will also replace the existing lighting along Slack Street as it borders the newly developed living community. Lazier also said this was an agreement made in relation to the development of yakʔitʸutʸu.

It remains unknown if Cal Poly and San Luis Obispo will continue to take action at other locations in response to the pleas of the community.

“I also feel like behind the Rec[reation Center] is one of the most well-lit areas,” Simon said.  “There has to be something more they can do.”