Heidi Harmon was elected for mayor in 2016, and is running for a third term this election. In San Luis Obispo, the mayor has equal voting power as the rest of the city council, and they’ve worked together to manage the city’s pandemic response, address the Black Lives Matter Movement, pass policies to protect the environment and more.

For Mayor Heidi Harmon, part of representing San Luis Obispo residents has meant advocating for her constituents’ jobs and creating a robust local economy. After four years as mayor, Harmon and local business owners reflect on what’s been done, and what needs to be done following the Nov. 3 election.

Harmon said she’s built relationships with non-profit leaders, business owners and the Cal Poly community which has formed a social infrastructure that she said will be the “underpinning” of the COVID-19 pandemic recovery effort moving forward. Some business owners are in full support.

“I’ve got nothing but praise for the current administration and how hard they’ve worked to make it super business-friendly for the downtown,” Boo Boo Records owner Mike White said.

On enacting COVID-19 economic recovery policies such as the Small Business Relief Fund, Harmon said the city didn’t make business owners go through permitting or any of the typical procedures, which has allowed for “fast and fluid” business support. Harmon cited the $5,000 small business relief grants that the city gave to 52 businesses, which don’t need to be paid back. But the work isn’t done she said.

“The list of needs is going on and on and deepening every day,” Harmon said.

Harmon said the city hopes to set up a system for small businesses to receive low-interest loans from a local bank amid the pandemic. Harmon also emphasized the need to carry out more infrastructure projects in the city, which would be completed by local workers.

For White, the loss of sales tax due to COVID-19 travel restrictions has been especially “brutal.” Historically, more than 70% of all sales tax in the city of San Luis Obispo is paid by tourists. But there’s a measure that may be able to help, and Harmon said she fully supports it.

The Measure G-20 sales tax would provide approximately $20 million a year to the city, which Harmon said would “support us at a time when we needed the most.”

“I’m not a big raised taxes guy, but I think this one is is crucial,” White said.

Some residents and mayoral candidates have painted the Black Lives Matter protests as harmful to downtown San Luis Obispo businesses, but Harmon deems this rhetoric a “racially-oriented false choice.”

“We all just need to be really clear about what’s going on here in the election,” Harmon said. “You have people that never once have attended a city council meeting, that never once have considered even getting civically engaged at all, until Black people walk down their street.”

Harmon spoke with Giuseppe’s and Mo’s Smokehouse BBQ — restaurants that have especially been affected by the Black Lives Matter protests. Both restaurants said they aren’t against the protests. Boo Boo Records agrees.

“For me, I’ve never felt there was any danger from that at all,” White said. “We completely support Black Lives Matter and their peaceful protests.”

Though the city faces pre-pandemic challenges, with the additional obstacles of COVID-19, White said the city should “keep doing what they’re doing.” 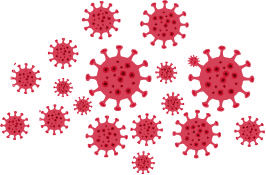 Mayor Heidi Harmon said the COVID-19 pandemic has been on her mind since March, and she said she will continue to prioritize helping the community stay safe and healthy, in addition to recovering from the economic impact of COVID-19.

As of Nov. 2, there had been 4,342 county residents infected with COVID-19 since the start of the pandemic, and 33 people had died of the virus. On Monday, Nov. 2, there were 186 people actively sick with the virus.

Harmon said that the rise in cases and the death toll is tragic, but the city can get through it with the correct guidance.

“I think we have done a really good job. I mean, one death is too many deaths, but I think our numbers are still relatively good,” Harmon said. “I know there is a concern with students coming back, but I think we’re doing well.”

The mayor and city council do not have a lot of governance over what protocol and action can be taken in the course of COVID-19, as the County Public Health Department and Board of Supervisors are the leading force in expanded testing efforts and county recovery, according to Harmon.

“The Board of Supervisors has not been as ambitious or aggressive in terms of public health and safety,” Harmon said. “[But] we’ve always prioritized health and safety even if that means having to strike down on our own.”

For example, the city decided to close bars on the Fourth of July to prevent a spike in COVID-19 cases before the county did.

“I was trying to encourage the county to close down all of the bars heading into that weekend, and they were not trying to do that,” Harmon said. “So, we decided to close our bars … and right after that the county decided to follow suit and close bars countywide.”

The city also doubled party-related fines in early April to prevent people from congregating in large groups and spreading the virus.

“We want to … use a local tool that we already have in place to deal with social activities that we think, in this particular case, can be the catalyst and cause for the spread of COVID-19,” City Manager Derek Johnson said at an April city council meeting.

“As we face the health and economic challenges of COVID-19, San Luis Obispo needs proven leadership, creativity and collaboration to move us forward,” Harmon said.

Under the governance of Mayor Heidi Harmon and the current city council, San Luis Obispo switched to using only renewable and carbon free energy.

The city now gets its energy from Central Coast Community Energy, a not-for-profit organization that provides only renewable and carbon free energy to their customers.

The new energy provider obtains energy generated by renewable sources, and then PG&E delivers the energy to customers and manages customer service.

The energy provider is “locally controlled,” as elected officials from cities and counties sit on the governing boards of the agency, according to the energy provider’s website. Harmon sits on the policy board.

“I think something like a utility should be owned and regulated by the people,” Harmon said to Mustang News in January. “There’s a lot at stake. There’s people’s lives at stake, there’s the climate crisis itself at stake.”

Harmon and the current city council also passed a Climate Action Plan in August 2020, with the goal of the city becoming carbon neutral by 2035.

Through this plan, the city intends to cut building emissions by half, and by 2030 — have 40% of transportation within the city done by electric vehicles, and 50% done by alternative transportation, like walking, biking and bussing.

“It’s an ambitious goal,” City Sustainability Manager Chris Read said. “But also probably the most viable path for us to thrive as a community.” 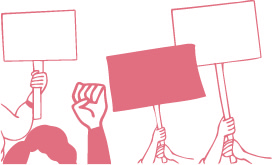 “We have a system that has set up everybody for failure,” Harmon said.

She said she plans to address police funding, police responsibility and racism within the community in a way that is beneficial to everyone.

Harmon said that the police force is not adequately trained for many of the problems they are called upon to handle. In recent decades, social services have been scaled back, according to Harmon. Instead of having access to mental health experts, people call 911 because there are no other options.

The result is an unprepared, overworked and overexerted police force, where mistakes are more likely to occur, according to Harmon. One solution to this problem that Harmon has employed was to hire a social worker for the police department.

Although just one social worker has been hired so far, they have been successful, according to Harmon. She said that ideally there would be about 10 social workers to more meaningfully engage with the community.

Harmon said she has a three-point plan relating to the reallocation of police funds that would benefit community members and officers.

Invest in a civilian review board.

Harmon says she wants to reevaluate the SLOPD budget, which was $18.5 million last year, and focus on public safety as a whole.

She wants to develop a better understanding of who the public is and what it means to be safe to them. Harmon says that these definitions vary for everyone, and therefore she strives to achieve the best outcome for as many residents as possible.

“It is very clear that the lack of diversity in this town is not an accident,” Harmon said. “The willingness on the part of many, especially people in positions of established power in this community, to not only ignore but in many ways shut out, smash down, and deny the voices of people of color who are telling us over and over and over and over again they do not feel … welcome here.”

Harmon said that addressing the racism within the community is a top priority for her, and she hopes that other residents feel the same way.

As an activist, Harmon said she was concerned with the safety of some of the tactics used during the Black Lives Matter protests.

However, she thinks the more important concern is why a 20-year-old girl, Tianna Arata, felt strongly enough to risk her life by going on the freeway.

Harmon recalls seeing Arata at a Black Lives Matter protest four years ago. She regrets that no action has been taken within the local government since then.

“I am never letting nothing happen again,” Harmon says.

Mayor Heidi Harmon said housing and its affordability are two of her top priorities.

During her four-year term, Harmon repealed the Rental Housing Inspection Program. The inspection program entailed a routine health and safety inspection of all rental units in the area, but was seen as an invasion of privacy by renters and landlords alike.

Harmon said this policy would have forced people out of their rentals and caused landlords to make improvements that did not relate to the California Health and Safety Code.

Harmon said the community disliked the policy, and she voted to repeal it as a “direct response of listening to the community.”

Harmon also touched on her future goals if reelected. She said she would want to increase messaging about renter’s rights for those entering the market for the first time.

During her time as mayor, Harmon gave out the city’s first legal tiny home permit and created policies that incentivized smaller housing units.

Harmon is a renter herself and said she essentially cannot afford to live here.

“I understand the problem deeply,” Harmon said. “It is a struggle and it’s frustrating to be so far behind in terms of creating affordability, but we are doing the best we can to create at least some more affordability and more access.”