Where can I pick up a copy of Mustang News?

You can pick up a copy of the printed paper at over 50 newsstands across campus. The paper is also distributed to many student apartment buildings and to businesses around San Luis Obispo.

The Mustang News team is made up of 85 students from across all majors at Cal Poly. Our staff is trained in the latest journalistic techniques and all content is completely student-produced.

The advisors of Mustang News are journalism professors.

How can I send a letter to the editor?

Have an opinion at you think the Cal Poly community needs to hear? Submit your letter to the editor here.

How can I share feedback with the editors or submit a correction?

We always enjoy hearing from you and appreciate your feedback on our coverage. Please submit your comments here.

What is Mustang Media Group?

When formed in 2013, it became the first program of its kind in the California State University system, bringing the student newspaper, TV studio, radio station, public relations agency, and business operations under one umbrella and providing students with the type of environment that has become standard in today’s media industry.

Mustang Media Group will be  Cal Poly’s ultimate source for local news, a national leader in college media, and will drive conversation through student voices.

How do I advertise in Mustang News?

Advertising opportunities are available across all of our platforms: print, web, social and video. We offer both display and native advertising to both local and national clients. Click here to learn more about advertising in Mustang News. 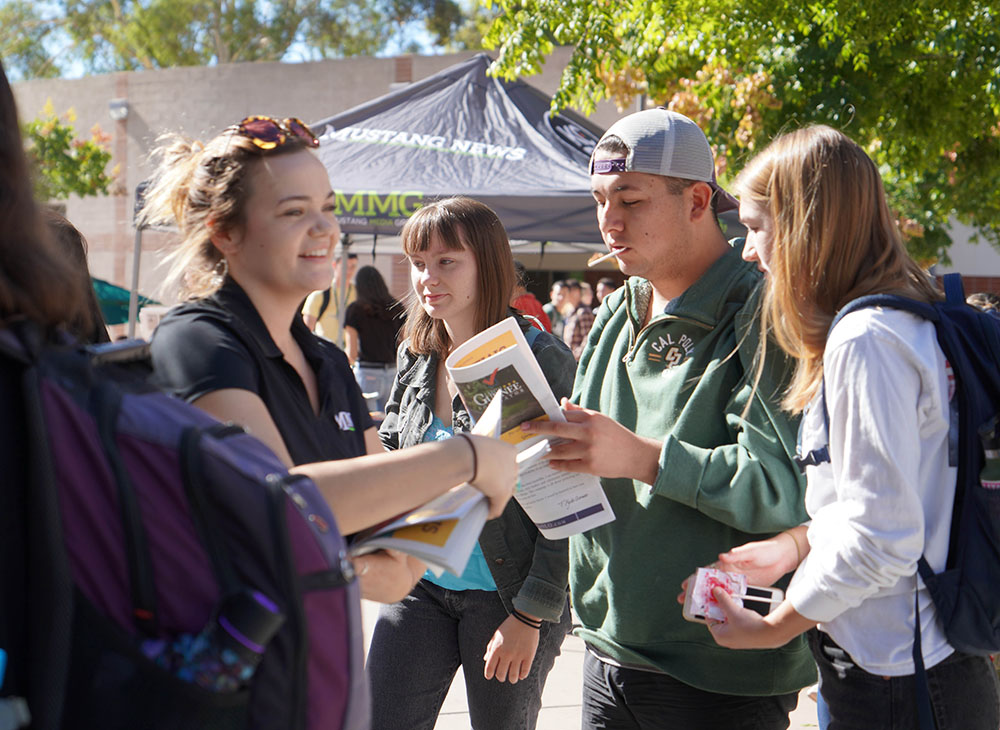 Want to get involved in Mustang Media Group?

Mustang Media Group members thrive on innovation while ambitiously seeking to hone their craft and improve their communities.

Mustang News primarily hires in the Spring, but applications received throughout the year will be reviewed on a rolling basis.

Applications are now closed for KCPR for the 2019-20 school year. However, radio news positions will become available in the coming months.