The Bunker provides SLO artists with space to create

The Bunker is a communal space for painters, printmakers, multimedia artists, illustrators, furniture-makers and jewelers to work and create. The “working artist space” was founded by painter Missy Reitner-Cameron five years ago and continues to foster a space for creativity and collaboration.

Reitner-Cameron conceptualized The Bunker after she was offered the building, located at 810 Orcutt Rd. Her friends previously had a lease for the building and asked if she wanted to take it over when they left. She needed a place to make and store her art and she wanted to help other artists in similar predicaments.

“I noticed that in San Luis [Obispo], there’s a real lack of artist space for people, in any type of medium, and everything’s really expensive. Also, people don’t always want to work out of their garage; they sometimes need to get away from their space,” Reitner-Cameron said. “There was a need and I had the space. It just kind of worked out.”

The Bunker has grown over time and has hosted countless local artists in its rental space. Currently, seven to nine resident artists work out of the space, each with their own area. Some people work there full-time, while others rent out spaces for projects.

Owner of Blueberry Jewelry Kerry Long has been at The Bunker for three years. She moved into the workplace from her garage.

“Coming here and having a space that’s designed just for creating and making and in an environment that fosters that whole concept is awesome,” Long said. “We might not all be jewelry makers, but we all do some kind of craft.”

The Bunker does not have open hours for the public, but it does offer several events throughout the year.

Beginning five months ago, the Bunker has hosted workshops taught by both guest artists and “bunkmates.”  Classes have included electroforming (jewelry-making), stamping, Shibori dyeing and painting. The small classes require no previous experience and are 21-and-over when alcohol is involved. Prices range from $30 to $80 depending on the materials.

The Bunker also hosts its Maker’s Market each summer for local artists to showcase their art to the community. Occasional studio tours and art shows are also held. In the future, Reitner-Cameron said she would like to offer workshops for children. 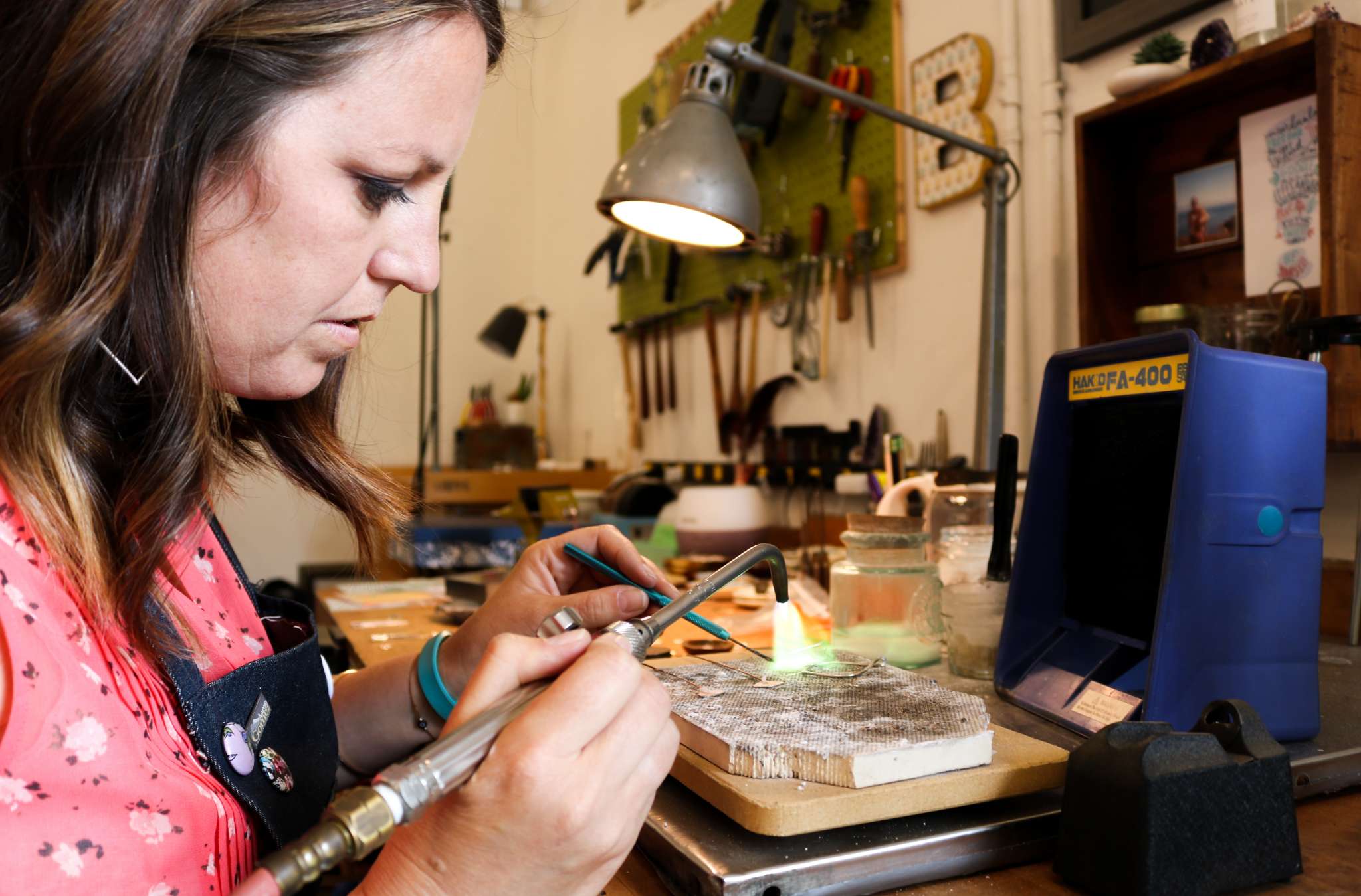 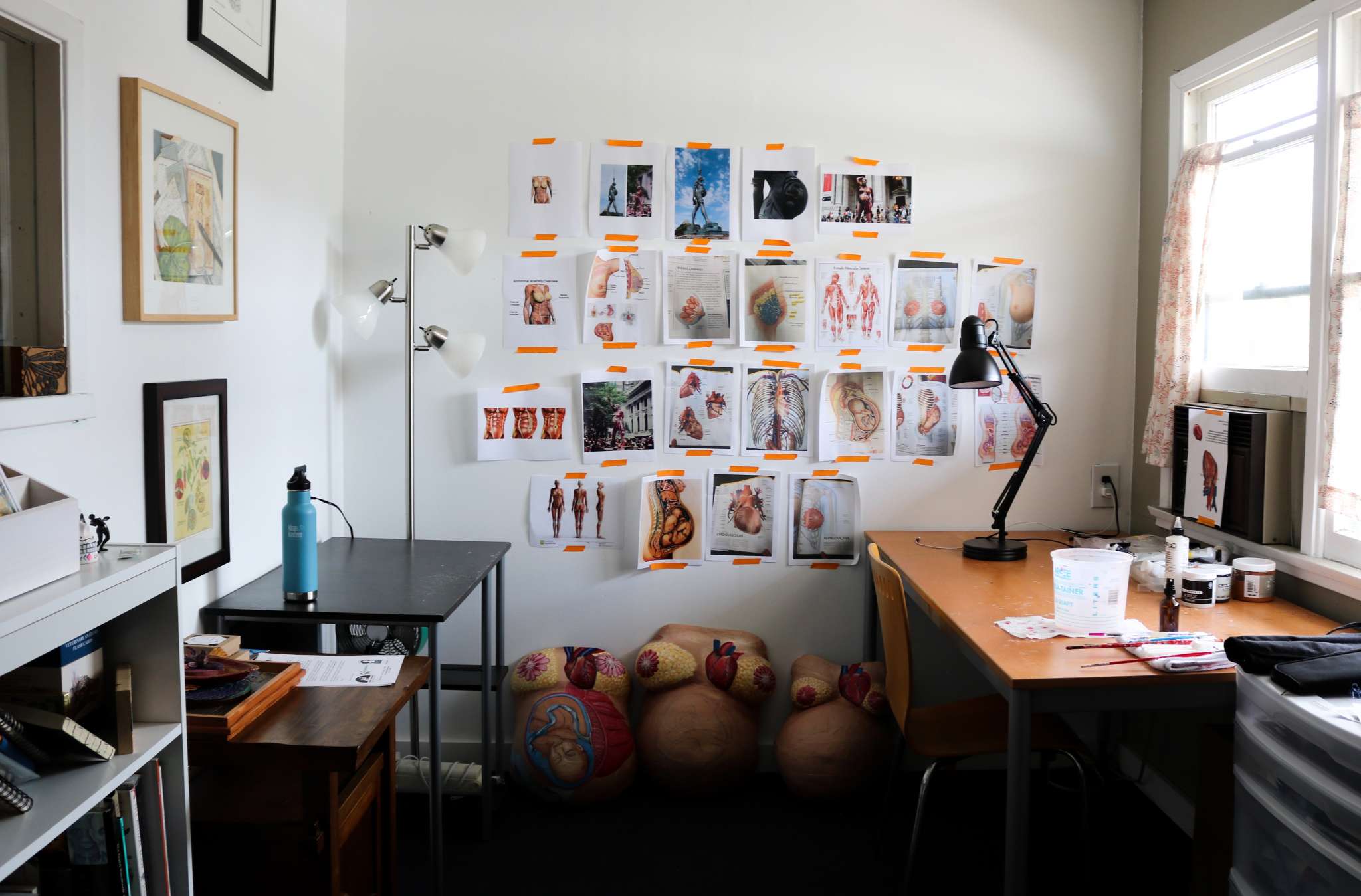 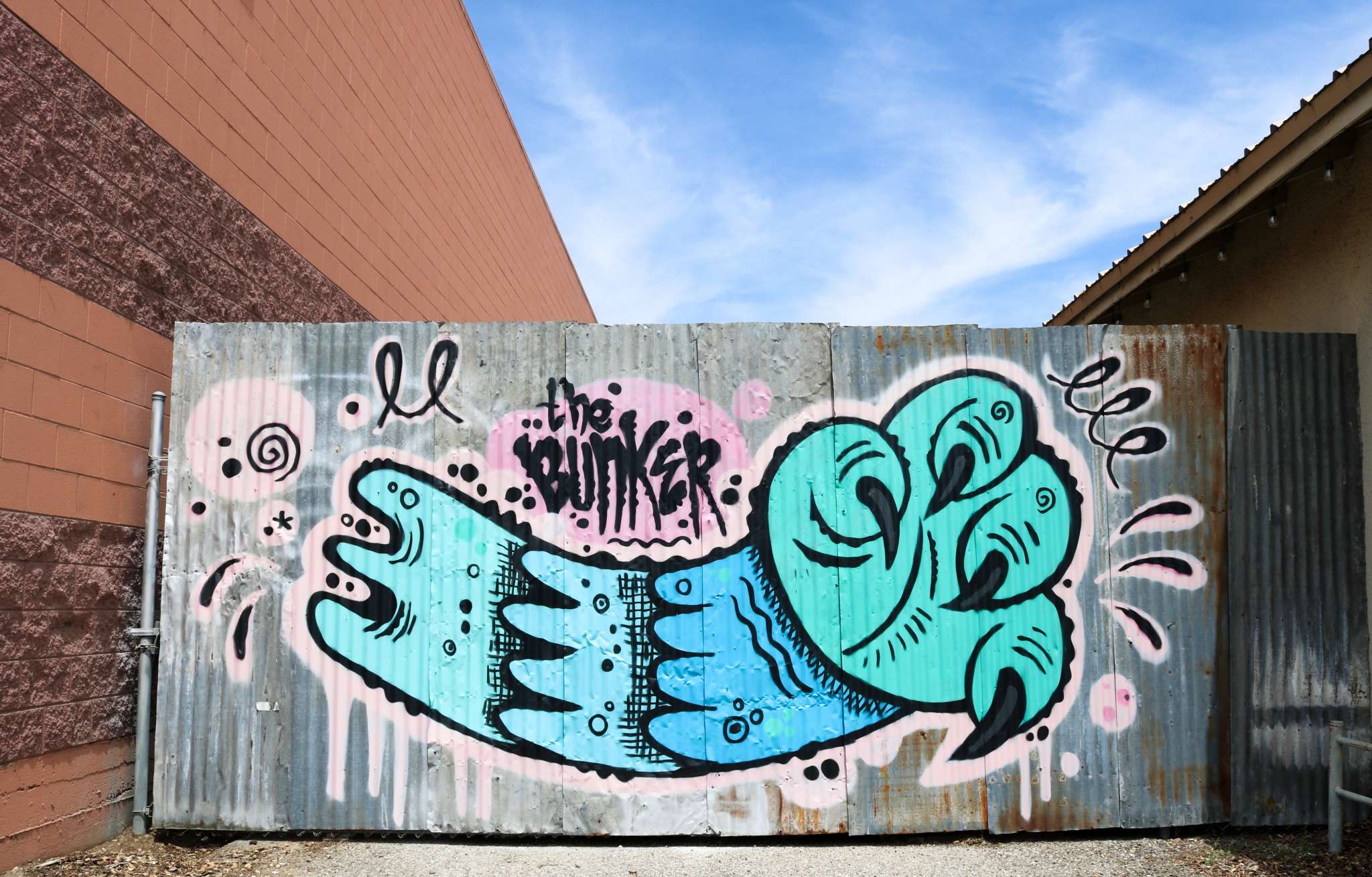 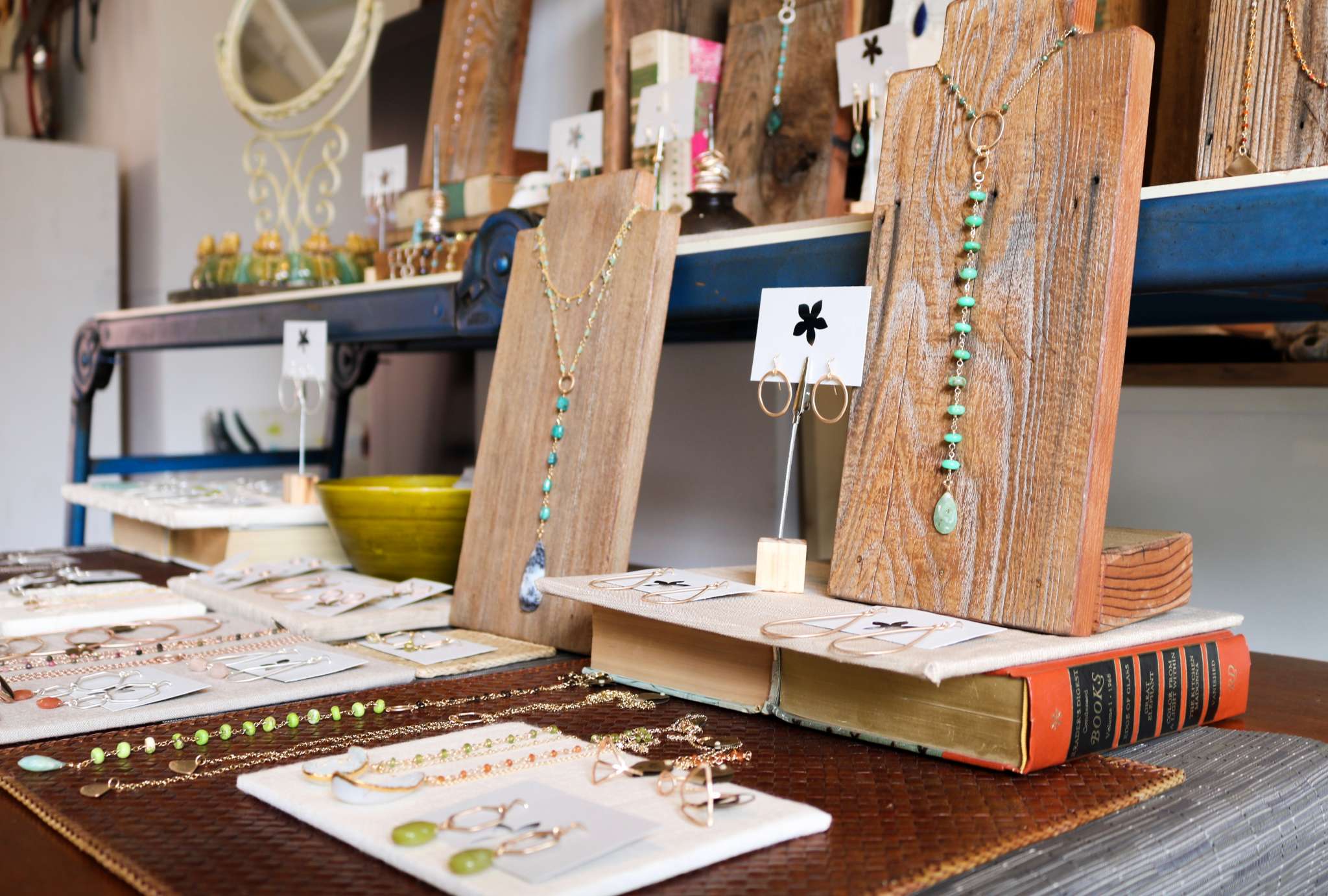 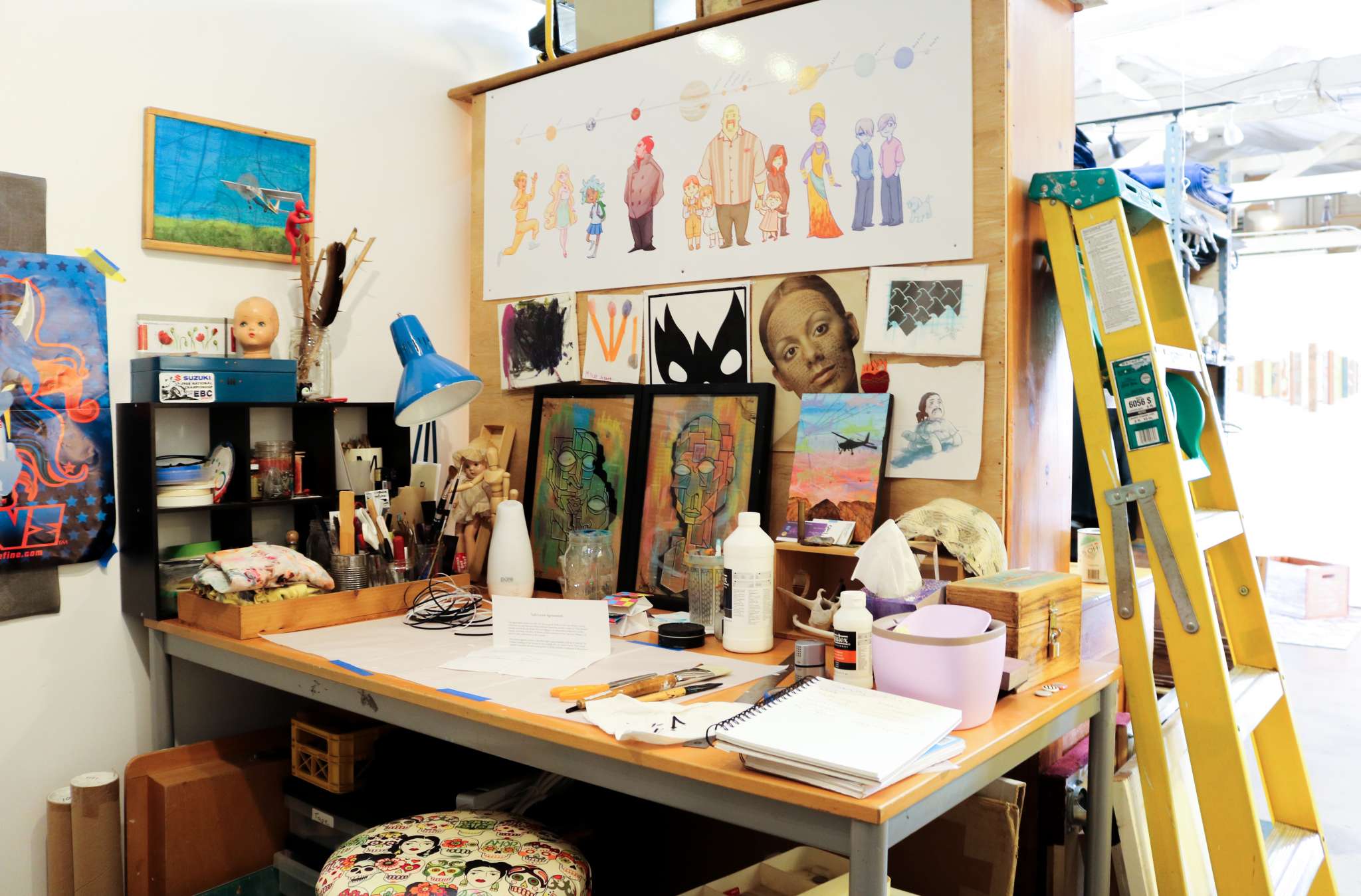