[icon_timeline timeline_style=”jstime” timeline_line_style=”solid”][icon_timeline_item time_title=”The 2016 General Election” heading_tag=”h2″]In 2016, Donald Trump was elected to be the 45th president of the United States in his race against Hillary Clinton. Trump is running for reelection in 2020 against Democratic candidate and former vice president Joe Biden.

While recreational marijuana was legalized for those over the age of 21, dispensary storefronts have yet to open in San Luis Obispo four years after the law change.[/icon_timeline_item][icon_timeline_item time_title=”Cal Poly becomes a wet campus” heading_tag=”h2″]

The opening of Mustang Station, formally Ciao, was the end of Cal Poly’s dry campus policy.

Starting in 2016, anyone who is 21 and older can purchase a beer or a glass of wine in a nontraditional restaurant setting. This option was the first in Cal Poly’s history.

Students had been talking about serving alcohol on campus since 2004 when Krukow’s Klubhouse began serving alcohol during baseball season, according to Mustang News archives. But, it wasn’t until former Associated Students, Inc. President Jason Colombini’s push in 2016 that Cal Poly became a wet campus.

Fremont Hall closed indefinitely in February 2017 following a mudslide due to heavy rainfall.

The re-opening of the hall was scheduled for Fall 2018, but was pushed back indefinitely because additional work was needed to prepare for occupancy.

Students who lived in the hall at the time of the mudslide were evacuated and placed in living spaces across campus, including in some study rooms of other residence halls.

Their previous off-campus venue held 2,500 spectators, but the stadium has the capacity of up to 11,000.

The rodeo dates back to 1949 when Cal Poly sent six men to the inaugural College National Finals Rodeo.

Cal Poly enrollment increased by an estimated 850 students for the 2017-18 academic year due to a change in the admission process and an increase in student retainment.

University spokesperson Matt Lazier said the increase was “attributable to better-than-expected results in our campaigns aimed at increasing retention and graduation rates.”

The increase led to more double and triple residence hall rooms, even in the new yakʔitʸutʸu community, and a pour over into Poly Canyon Village apartments, which is usually meant for continuing students. The following year, the university aimed to enroll fewer students.

The first Women’s March in San Luis Obispo, starting after the inauguration of President Donald Trump, brought together between 8,000 and 10,000 people, according to organizer Dawn Addis.

The San Luis Obispo’s Women’s March was one of many that were organized across the world, from Washington, D.C. to Kenya. While the name of the gathering focuses on women, the event welcomed anyone interested in advocating for human and civil rights. Participants marched for a variety of reasons.

Since 2017, the Women’s March has become a national organization with local chapters and there has been an annual rally and march.

Yiannopolous returned for a second event in 2018.

For his second appearance, Cal Poly increased security, paying around $86,000 to have a strong law enforcement presence at the event.

However, there were very few, if any Cal Poly student protesters. Instead, an alternative kickback event was held on Centennial Lawn as well as a comedy event featuring Christopher Cohan in the Performing Arts Center. 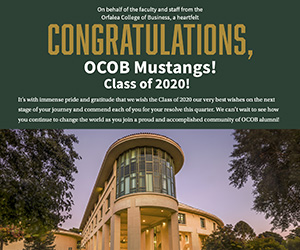 The city of San Luis Obispo and Cal Poly gave a more accurate perspective of what was formerly known as Columbus Day by recognizing the people who inhabited the continent first.

The holiday is celebrated annually since 2017.

More than 16,000 individual panels now generate up to 11 million kilowatt hours of energy per year, enough to power 1,000 homes.

About 25 percent of Cal Poly’s power comes from the farm and saved the college $17 million over the next 20 years in energy costs.

The solar farm was built a few years before the central coast prepared for the planned closure of Diablo Canyon Nuclear Power Plant, which has caused conflict over green energy since the 1960s.

Students evacuated from Sierra Madre and Yosemite, according to University Spokesperson Matt Lazier. The fire reached nearly 100 acres before it was fully contained.

Cal Poly CubeSat made Mars exploration history as they aided in the operations of the first interplanetary CubeSats, which headed to the red planet after launching the morning of May 5, 2018 from Vandenberg Air Force Base.

The CubeSat team partnered with NASA’s Jet Propulsion Lab (JPL) to create the first two CubeSats of their kind, collectively called Marco. These were the first CubeSats to ever leave Earth’s orbit.

The Opportunity Fee was proposed in 2018 which increased fees for out-of-state students.

The fee will be phased in until 2022 and is meant to cover campus-based costs not covered by financial aid, making the university more accessible to first-generation and low-income California students and more expensive for students who live out-of-state.

The fee also funded, the Cal Poly Opportunity Grant, which was introduced after campus-wide feedback, and implemented in Fall 2019.  The grant was part of an ongoing effort to recruit more minority and low-income students.

In April 2018, during Cal Poly’s Polycultural weekend, a member of the Lambda Chi Alpha fraternity wore blackface to a fraternity event.

The incident resulted in a call to action by the Cal Poly community. Protests took place at the university’s annual Open House and the Drylongso Collective, a group of campus leaders, published a list of demands to increase diversity and inclusion efforts on campus.

Following the incident and a photo of a Sigma Nu member misappropriating culture, all greek life was placed on temporary interim suspension for the quarter.

The university continues to push for more diversity and inclusion, however it has remained predominantly white over the years. 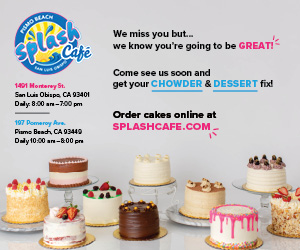 The residential community’s name honors the yak titʸu titʸu yak tiłhini, a tribe native to San Luis Obispo and known post-colonially as the Northern Chumash tribe. [/icon_timeline_item][icon_timeline_item time_title=”Power out, hill on fire during move-in” heading_tag=”h2″]On Sept. 16, 2018 two brush fires set a combined 51 acres ablaze north of Cal Poly. While the fires were burning, Cal Poly experienced a power outage that affected 285 customers in San Luis Obispo.[/icon_timeline_item][icon_timeline_item time_title=”Diversity training new to WOW” heading_tag=”h2″]Starting Fall 2018, incoming students could choose to be a part of a Cross Cultural Experience (CCE) group for the Week of Welcome (WOW). The program was created to form a community for students who identify as members of an underrepresented group.

Beyond the information sessions, bonding activities and events that make up the traditional WOW experience, students participating in CCE will attend additional workshops, activities, discussions and a multicultural resource fair.

While CCE was offered Fall 2017, the program was implemented in the middle of the summer, not leaving time for WOW leaders to be trained specifically for the program. Fall 2018 was the first time having CCE leaders that were part of facilitator groups during spring training.[/icon_timeline_item][icon_timeline_item time_title=”Camp Fire and California fires” heading_tag=”h2″]Students from Los Angeles, Ventura and Butte Counties who returned home for Thanksgiving break in November 2018 faced devastation from fires that raged for several weeks.

Both the Woolsey Fire in Los Angeles and Ventura Counties and the Camp Fire in Butte County started on Nov. 8, 2018. The Woolsey Fire was 100% contained on Nov. 21, and the Camp Fire was exterminated on Nov. 25.[/icon_timeline_item][icon_timeline_item time_title=”New Cal Poly logo” heading_tag=”h2″]Cal Poly partnered with SimpsonScarborough and spent over a year developing its new brand and logo, which launched Spring 2019. The project cost the university $340,000.[/icon_timeline_item][icon_timeline_item time_title=”Super Bloom” heading_tag=”h2″]Blight flower species covered mountains throughout Southern California in the Super Bloom of 2017. In 2018 another bloom occurred once more due to favorable temperatures, heavy rainfall and a lack of damaging winds.

Carrizo Plain National Monument is the closest super bloom location to San Luis Obispo. This bloom is known for its bright yellow flowers. The estimated travel time from San Luis Obispo is about one hour and 10 minutes.

The best viewing locations at Carrizo are along Soda Lake Road, Overlook Hill, Simmler Road, Elkhorn Road and the Temblor mountains. [/icon_timeline_item][icon_timeline_item time_title=”Petition to kick Chick-Fil-A off campus” heading_tag=”h2″]In Spring 2019, the Academic Senate proposed a resolution in support of kicking the fast-food chain off campus due to the company’s stance on the LGBTQ+ community.

However, a five-year contract was signed in 2018 to continue the franchise agreement.[/icon_timeline_item][icon_timeline_item time_title=”SLO Brew closes” heading_tag=”h2″]The downtown bar was forced to close in July after a liquor license suspension. Its co-founders contested the suspension for two years, but they decided to settle due to their plan to shut down the bar and remodel.

SLO Brew accepted the suspension and used the 20 days to remodel the location into what is now called The Carrisa by SLO Brew. [/icon_timeline_item][/icon_timeline] 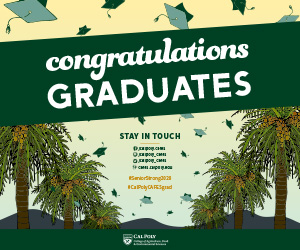 [icon_timeline timeline_style=”jstime” timeline_line_style=”solid”][icon_timeline_item time_title=”Kristin Smart” heading_tag=”h2″]In October 2019, the podcast series “Your Own Backyard” documented the story on the disappearance of freshman Kristin Smart in 1996. The podcast helped bring the case back into the spotlight.

The SLO County Sheriff’s Office revealed new evidence in the case in January. By February, new search warrants were issued for evidence in four separate locations.

The Opportunity Grant Fee, passed in 2018, increases fees for out-of-state (OOS) students by $2,010 per class until 2027. Fees continue to increase if enough OOS students (15 percent) apply.

All four officers were fired. Chauvin was charged with second-degree murder and the three officers face felony charges. In SLO, protestors took to the streets, wearing masks and waving signs that read phrases like Floyd’s last words “I Can’t Breathe.” They sat, kneeled and marched. Officers activated tear gas and fire crackers to disperse the crowd on the second day.

Following the death of George Floyd, members of the San Luis Obispo community took to the streets to protest against police brutality and for the Black Lives Matter movement.

On June 1, hundreds of people protested again, which included a march on Highway 101. Protestors stopped at Walnut Street and Santa Rosa Street, and law enforcement prevented the group from continuing down Santa Rosa. Officers also kneeled in solidarity with the group.

After six total hours of peaceful protest, a dispersal order was given and officers used tear gas on about 200 protestors. Several students were arrested.[/icon_timeline_item][/icon_timeline] 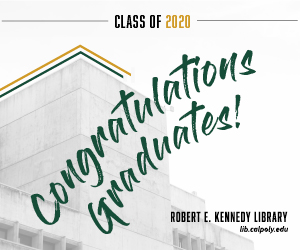 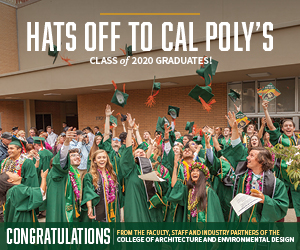