Where to catch the wildflowers before it’s too late 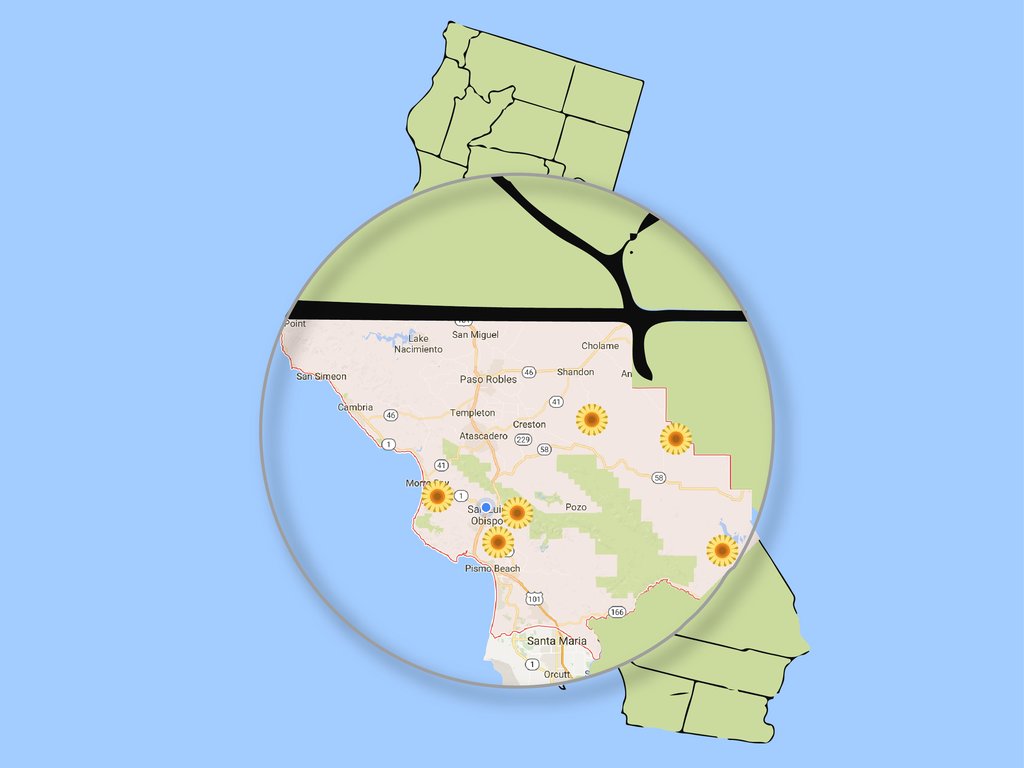 San Luis Obispo County has received record-breaking heavy rainfall in the past few months. While the dreary, wet days had some students dreaming of spring sunshine, the intense rain is responsible for the now-colorful Central Coast.

At Cal Poly, days filled with sunshine, hikes through Poly Canyon and picnics atop Prefumo Canyon are not uncommon. What is uncommon is the vast number of wildflowers popping up on the hills of San Luis Obispo and the greater California area, commonly referred as the wildflower super bloom.

It is common for wildflowers to appear throughout California during this time of year, especially in the south. However, seldom can people experience a true wildflower super bloom. A super bloom requires the perfect combination of rain, sunshine and just the right amount of wind to aid in fertilization but not dry out the land. This precise recipe rarely comes about, so it should be no surprise that this current bloom could be the biggest in the past twenty years.

Where to see the wildflowers in California

Anza-Borrego Desert State Park, California’s biggest state park, has gained a lot of attention recently because of the super bloom. The park, spanning more than 600,000 acres just east of San Diego, welcomed hundreds of visitors in the past weeks. Visitors are eager to the see the usually tan and dusty landscape illuminated by the impressive spread of flowers such as desert lilies, dune verbena and golden poppies.

The bloom is at its peak, expected to simmer down at the end of March. Landscape architecture sophomore Kylie Durekas is taking advantage of the sight while it lasts.

“I don’t want to miss it,” Derekas said. “This is going to be the biggest bloom that we’ve had in California in years. On the wildflower meter, which runs a scale from one to 10, the Anzo-Borrego Desert stands at a nine. I’m so excited.”

Another popular spot to catch the wildflowers in action is Joshua Tree National Park. The park has a wildflower watch blog, where visitors can record their observations and keep track of the species of wildflowers that are blooming and where to find them. More than 400 species have been spotted and visitors encourage others to see the spectacle for themselves.

Bill Waycott is the president of the San Luis Obispo chapter of the California Native Plant Society, a non-profit dedicated to advocating for the preservation of California’s plants. Waycott said noteworthy wildflower blooms are hard to come by, as they require just the right conditions.

“It’s more than just heavy rain fall,” Waycott said. “An abundance of precipitation during the early part of the rainy season [November and December] promotes the growth of annual grasses, which can out-compete the wildflowers. An abundance of rain later in the rainy season [January and February] will give you the wildflowers, because the grasses are not as tall and the flowers can outgrow them.”

Waycott encourages people to get outside and see the flower gallery, as conditions vary from year to year. He shared a few spots around San Luis Obispo County to see the super bloom in action: