Cory Jones and Colton Haynes have been in each other’s lives since they were 10-years-old, though neither of them knew it. The San Luis Obispo natives attended the same elementary school, middle school and high school, but had slightly different orbits. Jones was a self-proclaimed skate rat and Haynes was a dedicated baseball player.

It was not until a decade later while they were both students at Cal Poly that they discovered their common roots. Jones and Haynes met when the two happened to go skating with a mutual friend. Later that night, over a couple of brews, they established the foundation for a friendship and a business.

“We just shared a belief that the more you go outside, the more connected you are with nature,” Jones said. “At that point, your goals and values are going to align with wanting to protect it.”

Jones and Haynes are now the co-founders of One With Nature (OWN), a local environmental advocacy group with the mission to “promote outdoor lifestyles, inspire community involvement and advance environmental progress.”

Now, the group wants to increase their productivity and expand their reach by allowing for private and tax-exempt donations. Together, they are transforming their company into an official non-profit.

A class of 2016 graduate, Jones developed communications skills during his time as a communication studies student. Along with Haynes’ business administration degree, with an accounting concentration, from Cal Poly, the pair immediately began to create change.

Since OWN began in 2013, Jones and Haynes have proven themselves as more than just outdoor enthusiasts. Within the first four years, they advocated for a Styrofoam ban that was adopted by the five cities in southern San Luis Obispo County, installed hiking trail signs in partnership with San Luis Obispo to reduce littering at popular spots like Madonna Mountain and moved forward a measure to install hydration stations all over the city.

Beyond policy advocacy, OWN provides an online marketing platform for environmental causes to showcase their efforts. They have partnered with several local organizations such as Reduce Reuse Grow and Cal Poly Zero Waste Club to create digital content.

However, they haven’t done it alone. The two have established a tight knit group of friends at the heart of OWN that keep the momentum strong.

The shared values that sparked these friendships mean that work and play are often synonymous.  In December 2015, the crew embarked on a 130-mile four-day bike ride through Big Sur to raise awareness about the effect of litter on coastlines. 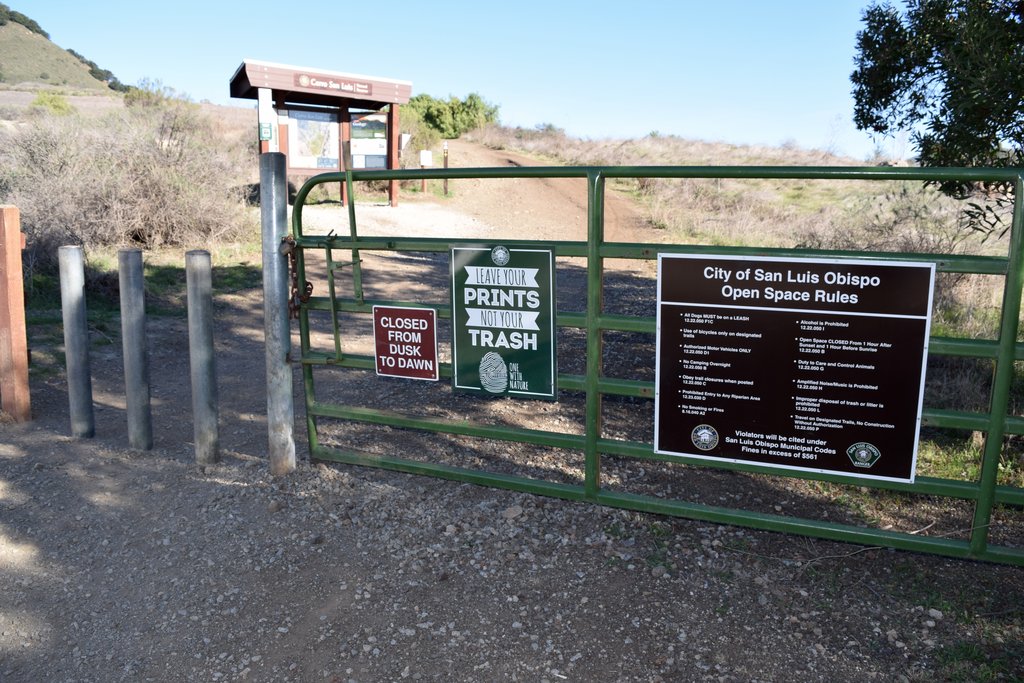 “The conversations we had while we would mess around, we would also really talk about our lives,” Jones said. “Things we valued, things we pursued, the struggles we would go through.  While they are all different, we all can relate. We all go through very similar mental battles.”

But it didn’t end there.

Their network includes nationally recognized organizations, such as compostable packaging company Reduce Reuse Grow that embeds seeds in their products to allow consumers to plant the material once it has been used.

“I have a great relationship with Cory and all the guys, and it’s been great,” Reduce Reuse Grow CEO Alex Henige said. “It’s pretty easy for us to all work together because we have these common goals and common philosophies that make it really fun to work on these projects.”

Jones and Haynes share the same drive and ambition, but have different skills to balance each other out. They believe this is why OWN has been so successful thus far. Jones handles the business and logistic responsibilities. Haynes, along with their third business partner Doug Swarts, supplies digital content through web design, photography and videography.

Swarts met the pair when they were receiving consultation from the web design and marketing company he was working for at the time. After overhearing their business pitch, Swarts was enticed by Haynes’s creativity and Jones’ vision for environmental advocacy.

“This isn’t a joke, what’s happening in the world,” Swarts said. “I think people should understand their role in that and if you have the ability to make a change, as subtle and small as it is, prioritize that.”

For Jones, this is much more personal. At 19 years old, his close friend was diagnosed with cancer and was given two months to live. Jones was in the hospital room as he watched his friend take his last breath.

“At such a young age, that really weighed on me,” Jones said. “It gave me the mindset that if you’re going to be here, be here for a reason.”

The experience led him to live more consciously and spend more time pursuing what really matters, according to Jones. This included introducing a policy called “Straws Upon Request,” an initiative that requires vendors such as restaurants and bars to only provide straws to customers if they specifically ask for one.

Powered by the slogan to “make caring cool,” their efforts are proof that an individual’s small actions can make a big impact on the larger community.

“It’s really simple,” Jones said. “That’s why we’re trying to be so proactive with telling other people: You can do this.  Don’t let it just sit as an idea.”

The future of OWN

As their platform expands and more ideas are born, they are struggling to find the financial resources to continue with their work, according to Haynes. Everything the group has accomplished has been funded from their own pockets, supported by odd jobs and personal savings.

This is not sustainable, according to Jones.

“There are people within the community that reach out to me with ideas and donations that want to get involved,” Jones said. “While we were a company, we didn’t have a direct outlet to facilitate that for them.”

The group believes that transitioning to a non-profit will allow them to accomplish more.

“Once we … are able to gather up donations and raise money, we can put that towards something that will actually make a difference in the community, regardless of what it is,” Haynes said.

Despite their financial situation, Jones and Haynes said they have no intention of slowing down.

They plan to create events that will influence more members of the community to get involved and adopt an outdoor lifestyle, such as half marathons, mountain bike races and volleyball tournaments.

“From what I’ve seen, it just brings so many people together,” Haynes said. “If we can expand our brand and expand what we do, it’s only going to bring more and more people together who think on the same wavelength of consuming responsibly and having fun.”