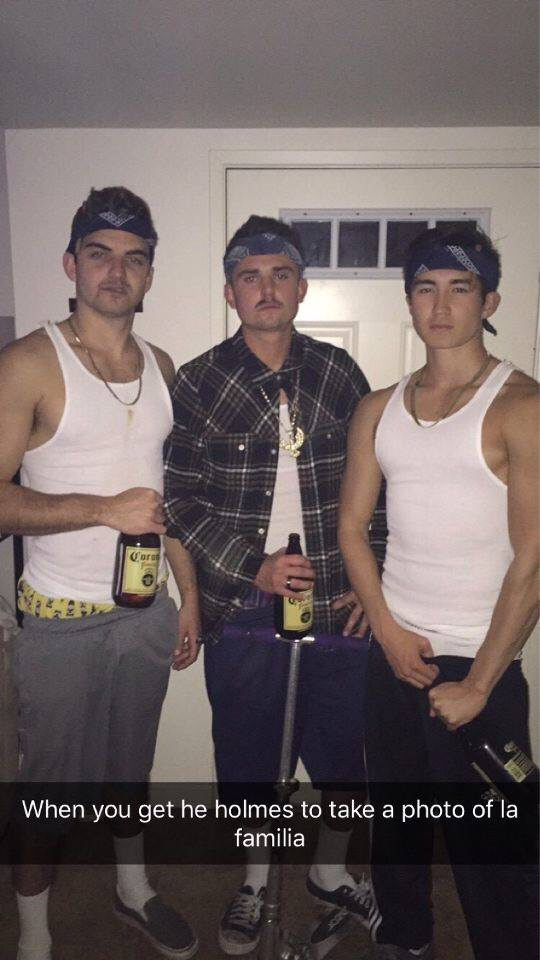 Sigma Nu President Seth Callen of the Kappa Pi chapter released a statement regarding a photo taken March 3. The photo included three Sigma Nu members. President Jeffrey Armstrong referred to this “incident of racial profiling and cultural appropriation” in his email to the campus community earlier today. Callen could not be reached for immediate comment.

The letter included a list of sanctions for all Sigma Nu members: 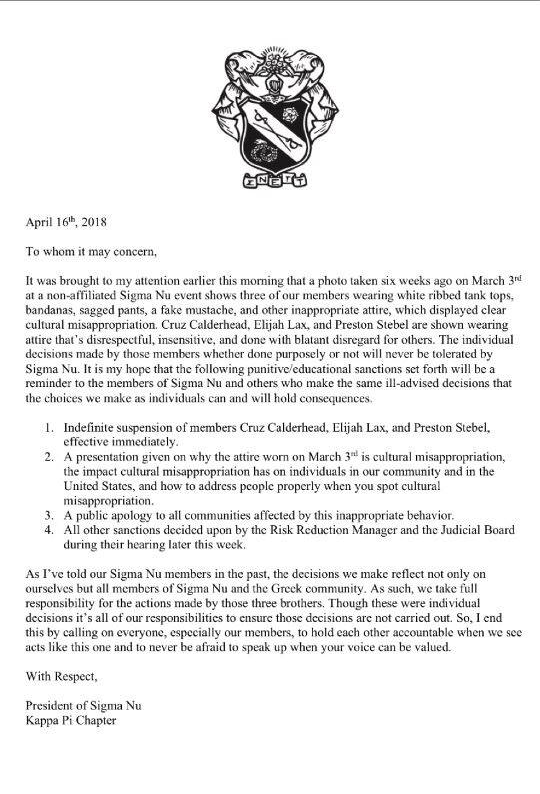 In a statement to the campus community, President Jeffrey Armstrong said all Panhellenic (PHA) sororities and Interfraternity Council (IFC) fraternities are put on indefinite suspension following a Lambda Chi Alpha member wearing blackface and a “incident of racial profiling and cultural appropriation that occurred at Sigma Nu six weeks ago.”

IFC had already placed themselves on social probation and said they would release an action plan April 20. Social probation allows brotherhood events, community service, philanthropy, meetings, and alumni events, but no parties. However, the university-wide suspension requires activities to be approved by the Dean of Students office. All the permitted activities under probation may not permitted under suspension.

“I understand this impacts Greek Life organizations that have been operating responsibly and with integrity,” Armstrong wrote in the statement. “However, Greek Life is a privilege at this university and until all fraternities and sororities are conducting themselves in a manner that is respectful of all students — as well as holding each other accountable — they will not have a place at Cal Poly.

IFC President and political science senior Colton Marino could not be immediately reached for comment.

Mustang News is unaware of the incident Armstrong mentions regarding Sigma Nu.

In an email to Mustang News, university spokesperson Matt Lazier said, “We will welcome back Greek organizations back to active status when we are confident that they have a definite and achievable plan to hold themselves and each other accountable.”

Correction: The title has been amended from “greek life” to Interfraternity Council fraternities and Panhellenic sororities.

Correction: Clarification has been made to the April 20 regarding the action plan that IFC said they would release in the statement where they voluntarily placed themselves on probation. It has also been clarified that while IFC put themselves on probation, Cal Poly’s decision to suspend Interfraternity Council fraternities and Panhellenic sororities overrides that.