Crime numbers were down this year for Cal Poly’s Week of Welcome (WOW). But with five arrests, 14 alcohol and drug related medical aids, 54 fire alarm incidents and 81 noise complaints, the freshmen’s first week in the city of San Luis Obispo was anything but quiet.

From Lassen Hall in the North Mountain dorms, environmental management and protection freshman Eric Anderson and construction management freshman Nicholas Schorno said they heard sirens almost every night, and sometimes on multiple occasions in one day during WOW.

“We live [in] a corner dorm, and we saw police cars going up the street multiple times with sirens on,” Anderson said. “[We also saw] an ambulance and a fire truck.”

On the other side of campus in the Yosemite Towers, animal science freshman Anahita Emami had a similar experience.

“I definitely heard a couple [of] fire trucks,” Emami said. “There [were] a lot of police sirens going off and yelling at people.” 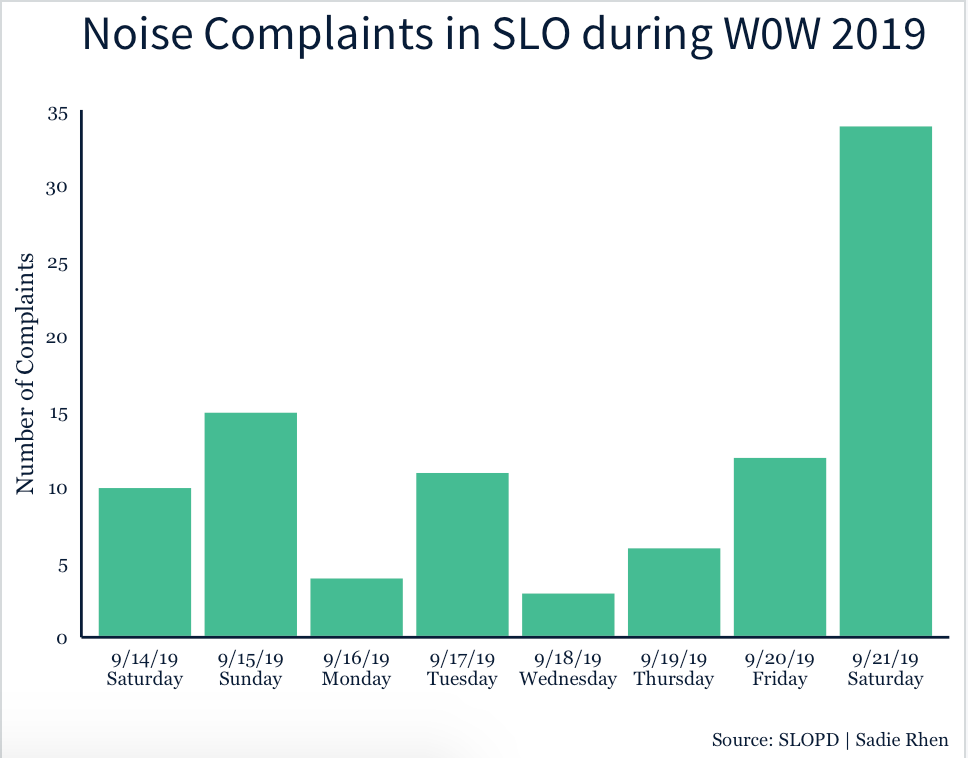 University Police Department (UPD) logs reported 54 fire alarms that included 13 cooking-related alarms, 11 false alarms due to human error, nine where the fire department was called prior to the alarm and two counts for marijuana.

University Spokesman Matt Lazier did not respond to a request from Mustang News for an interview with university police.

The five arrests that took place during WOW consisted of one driving under the influence charge, one minor in possession, one instance of resisting police/providing false information to a police officer and two cases of public intoxication.

Alcohol-related incidences made up a smaller margin of the police logs, showing two counts of minors in possession, five alcohol violations, one incident involving possession of a fake ID and the DUI that resulted in an arrest. Alcohol- and drug-related medical aid incidences were higher, totaling 14.

Arrests have declined compared to past years. During the Week of Welcome in 2018, there were 14 arrests. In WOW of 2017, there were eight.