The San Luis Obispo Police Department (SLOPD) recorded a total of 46 pedestrian accidents in 2017 so far. This September, SLOPD increased the enforcement of pedestrian safety laws.

“A lot of pedestrians…aren’t paying attention to the roadway and they are on their phones,” Villanti said.

Villanti also said cycling accidents are common in San Luis Obispo, though there have been less accidents this year. 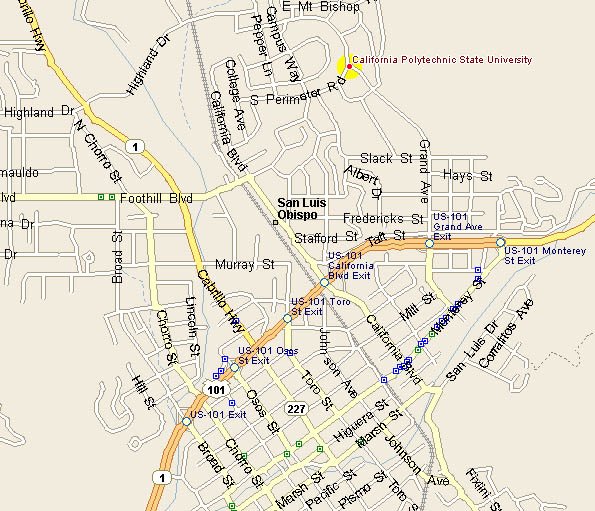 Graphic communication professor Brian Lawler was involved in one of the 59 accidents recorded in 2014. A distracted driver driving a pickup truck hit Lawler while he was riding his bike to class. The injuries he sustained from the accident put Lawler in a wheelchair for over a month and crutches for three months after that.

“I got branded with the Dodge Ram emblem,” Lawler said. “Seriously. It’s gone away now but it was there for about half a year. I had an imprint of the Dodge Ram on my left hip.”

Lawler’s helmet split in half when he hit the pavement during the accident.

“Realistically, I am alive because I had a helmet on,” he said.

Lawler’s accident, like many cyclist and pedestrian accidents, could have been prevented if the driver had paid more attention. Sgt. Villanti advised pedestrians, bikers and drivers to be aware when on the road.