The chaos behind the content: Cal Poly students working as visual storytellers for Coachella 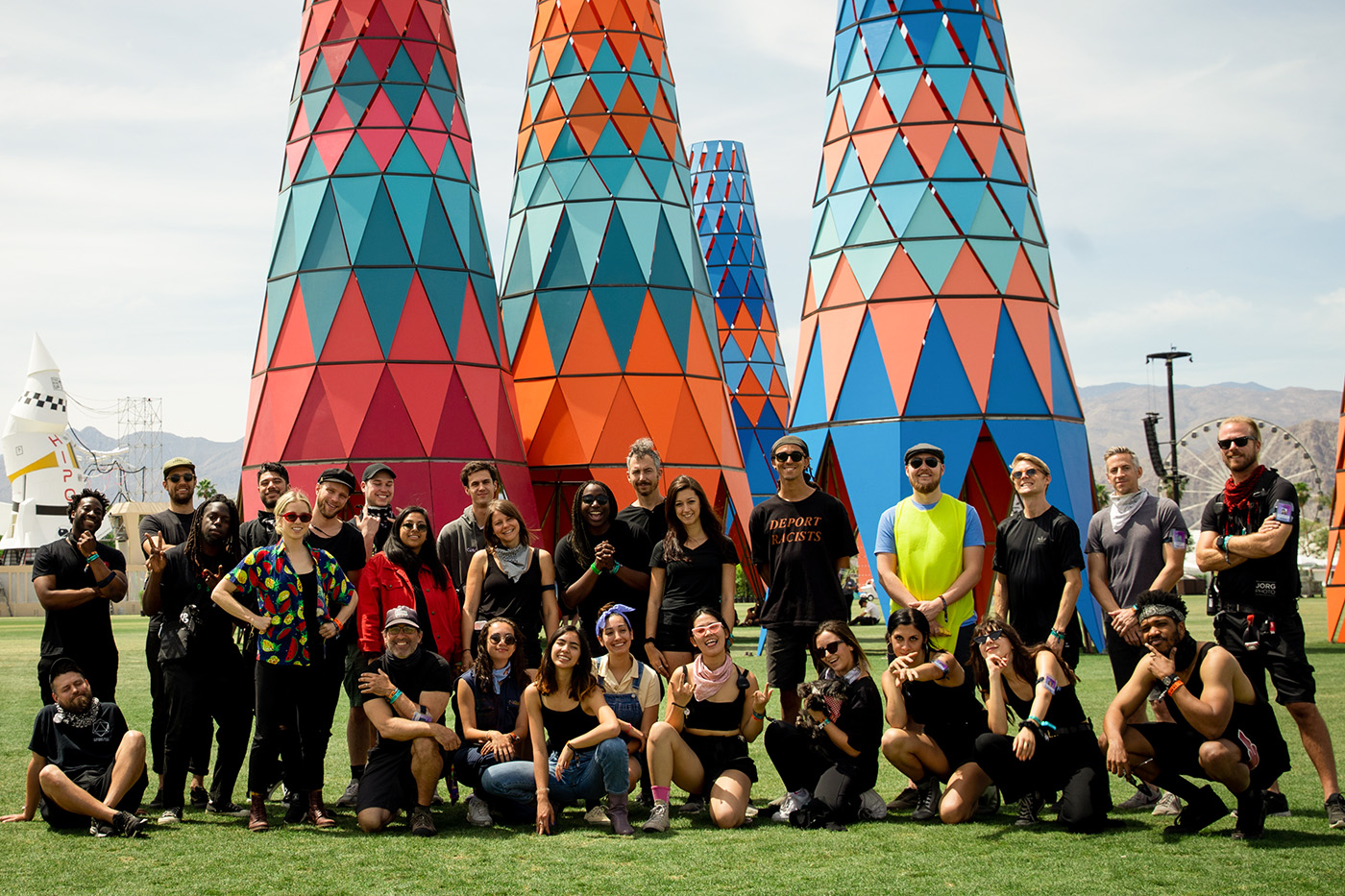 It’s day one of Coachella — the second largest music and arts festival in the United States. Art and design senior Everett Fitzpatrick and his team of visual storytellers are crammed into a small trailer on Indio’s Empire Polo Fields, preparing to stare at computer screens for the next 15 hours. It is hot, sweaty and borderline claustrophobic, and the team will spend the following three days flipping through more than 100,000 photos that will be seen across some of the world’s largest media outlets.

“We’re at Coachella … all we want to be doing is watching the music,” Fitzpatrick said. “We’re watching a live stream of the festival when it’s happening right outside.”

For two weekends every April, Coachella welcomes more than 120,000 people to the Empire Polo Fields in Indio, Calif. Fitzpatrick was hired by Goldenvoice — the parent entity of Coachella — as the creative producer of photography. He is part of a team of visual storytellers that create a cohesive narrative of the festival.

Fitzpatrick has dedicated his time to pursuing creative industries for the past five years. He began experimenting with photography his sophomore of high school, but there was one problem: He had no idea what to take photos of. With an unwavering affection for live music, he began looking for opportunities to get his camera into shows.

“I was 17 years old, cold calling, emailing people like, ‘please teach me your ways’ and that kind of stuff,” Fitzpatrick said. “I finally got a response from Oliver Walker, who was the head of photography for Goldenvoice at the time.”

With Walker’s help, Fitzpatrick received free tickets to shows in exchange for his photos. He worked on this exchange for a while until he got an email asking him to shoot at Tyler, the Creator’s Camp Flog Gnaw Carnival in 2014.

“This was my first time I was really being integrated into the Goldenvoice festival team,” Fitzpatrick said.

A year later as a freshman at Cal Poly, Fitzpatrick was asked to shoot at FYF festival in Los Angeles. This opportunity eventually secured him his first admission to Coachella, which helped spearhead his longstanding relationship with the festival.

Fast-forward to 2019, and Fitzpatrick is no longer taking photos at Coachella. Instead, he has transitioned into a more administrative role. As the Creative Producer of Photography, he is the driving force behind the content seen on social media platforms and general media outlets.

From the picturesque sunsets to the iconic ferris wheel, working for Coachella may seem like a dream. But for Fitzpatrick and the rest of the production team, the weekend is anything but glamorous.

“These photographers are heroes,” Fitzpatrick said. “They’re walking around 16 miles a day while carrying a 30-pound backpack full of gear.”

Fitzpatrick’s team works like a finely tuned production line. Their trailer houses 10 computers, and each member plays an integral role in the creative process. First, photographers spend hours walking miles across the festival grounds in search of the perfect photo. Next, the “runners” fetch the memory cards from the photographers, who then bring them back to the “ingesters.” Three ingesters upload all of the photos and tag them accordingly with descriptive keywords.

Fitzpatrick, along with the Creative Director, clicks through every single photo to approve them. The approved photos are called “selects.” The selects then move to the photo editors. Once the photos are edited and approved, they are uploaded to a cloud sharing system for social media, marketing and the general media.

One of the editors on the team is fellow Cal Poly art and design senior Ally Millard. Not only was she the only graphic designer on the team, but she had complete creative freedom with her designs.

“I felt very appreciative that [Fitzpatrick] wanted to bring me on the team,” Millard said. “It was surreal to see him in the Creative Director position and accomplishing things people dream about.”

Millard aimed to add her own unique flare to photos, which can now be seen by millions.

“I felt a lot of pressure, because I knew that would be the outcome,” Millard said of her photos being featured on the festival’s official Instagram account. “When Coachella tagged me in an Instagram post I was kind of freaking out. It just didn’t feel real.”

While working behind the scenes can be a tireless task, Fitzpatrick said collaborating with a team of creative minds made all the stress and sleepless nights worth it.

“The most beautiful thing I noticed about this weekend is the process of collaboration,” Fitzpatrick said. “From the chain of eyes it goes through [to then looking] at the beginning and end product, it’s mesmerizing.”

Although the desert festival will be coming to a close shortly, Fitzpatrick and the team do not plan on slowing down anytime soon.

“I think the music festival thing is going to go on for a while,” Fitzpatrick said. “[My team] and I work very well together, and we have pitches together for music festivals down the line … but hopefully our working relationship with Goldenvoice will continue.”