Tianna Arata posted on her Instagram story Tuesday and Wednesday to confront San Luis Obispo mayoral candidate Cherisse Sweeney for the claims Sweeney made about her relationship with Arata and other leaders of the local Black Lives Matter (BLM) movement during the Mustang News mayoral debate.

During the debate, Sweeney said that she had a good conversation with Arata about the Black Lives Matter protests at the time.

“I had the opportunity to meet Tianna and talk to her mother and a couple of other Cal Poly students that came into my store after the first week of protests happened,” Sweeney said at the debate. “And we had a really good dialogue. It was uncomfortable at times, and it was hard, but it was a really good dialogue. We were both heard.”

Arata and her mother both wrote on Arata’s Instagram and said that since their last meeting in June, there has been no communication between themselves and Sweeney. Arata said that Sweeney’s description of the interaction, including calling it a “great conversation” and “productive,” were misleading.

In an email, Sweeney responded to Arata’s recent posts.

“In my heart I feel it ended positively, we exchanged hugs and phone numbers,” Sweeney said. “It saddens me to learn that they walked away continuing to feel unheard or disrespected.”

During the debate, Sweeney responded to the question of protecting the first amendment rights of protesters and having open communication with young leaders of the local BLM movement.

Arata said that Sweeney initially seemed excited about the idea of implementing anti-racism training for employees at her local business Basalt Interiors. However, Arata said on her Instagram story that she has not received any update from Sweeney about the progress of this matter. 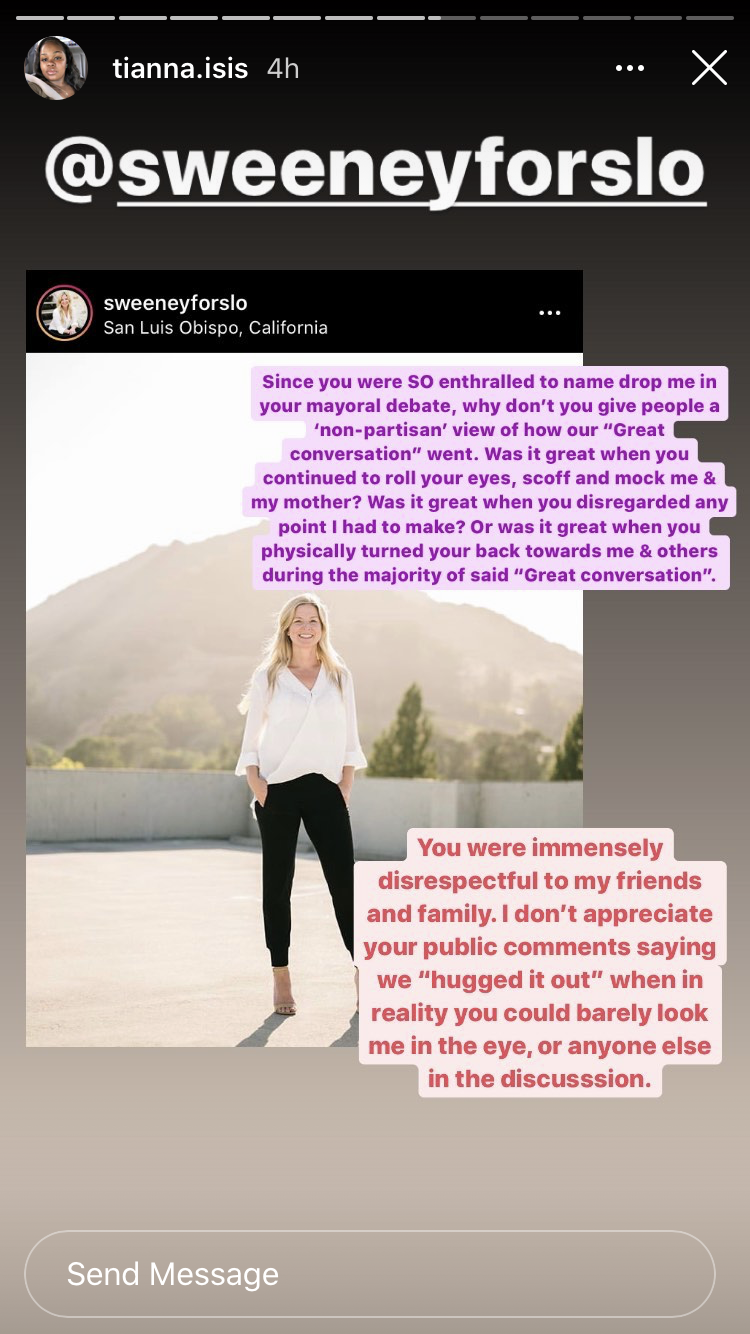 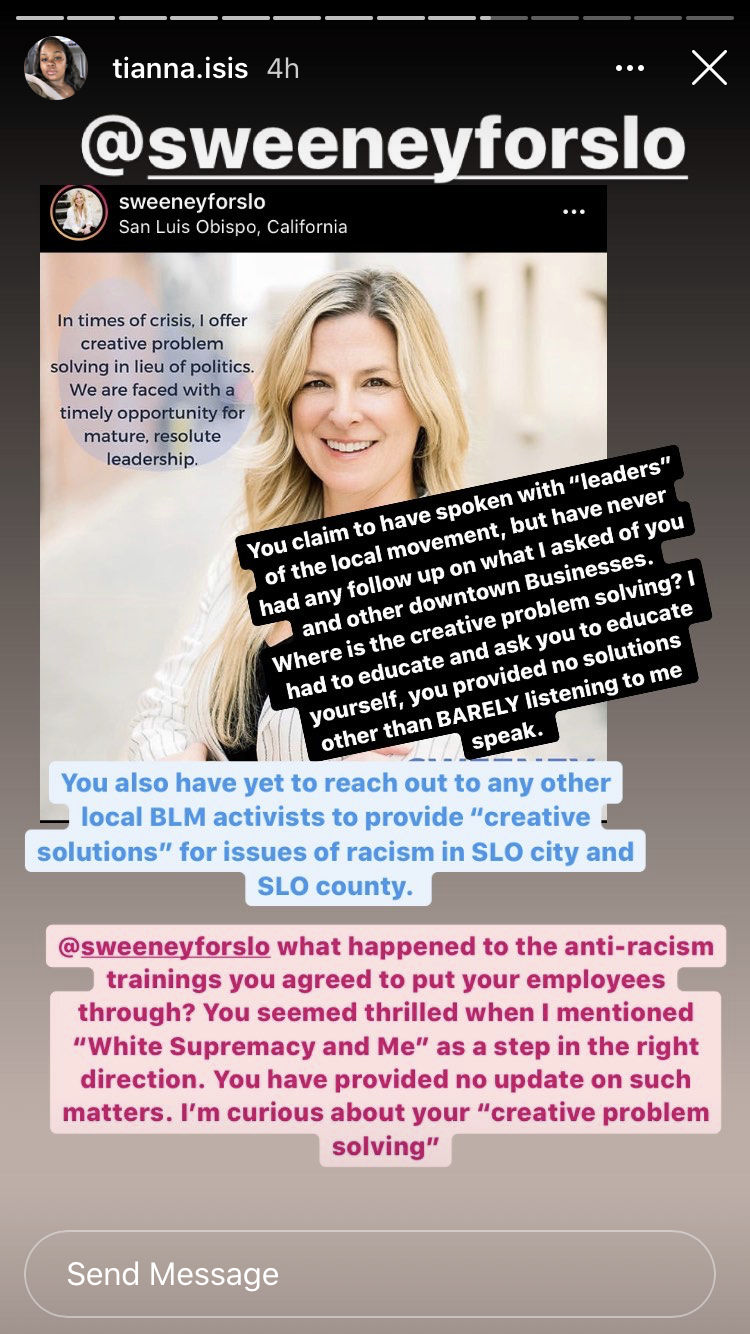 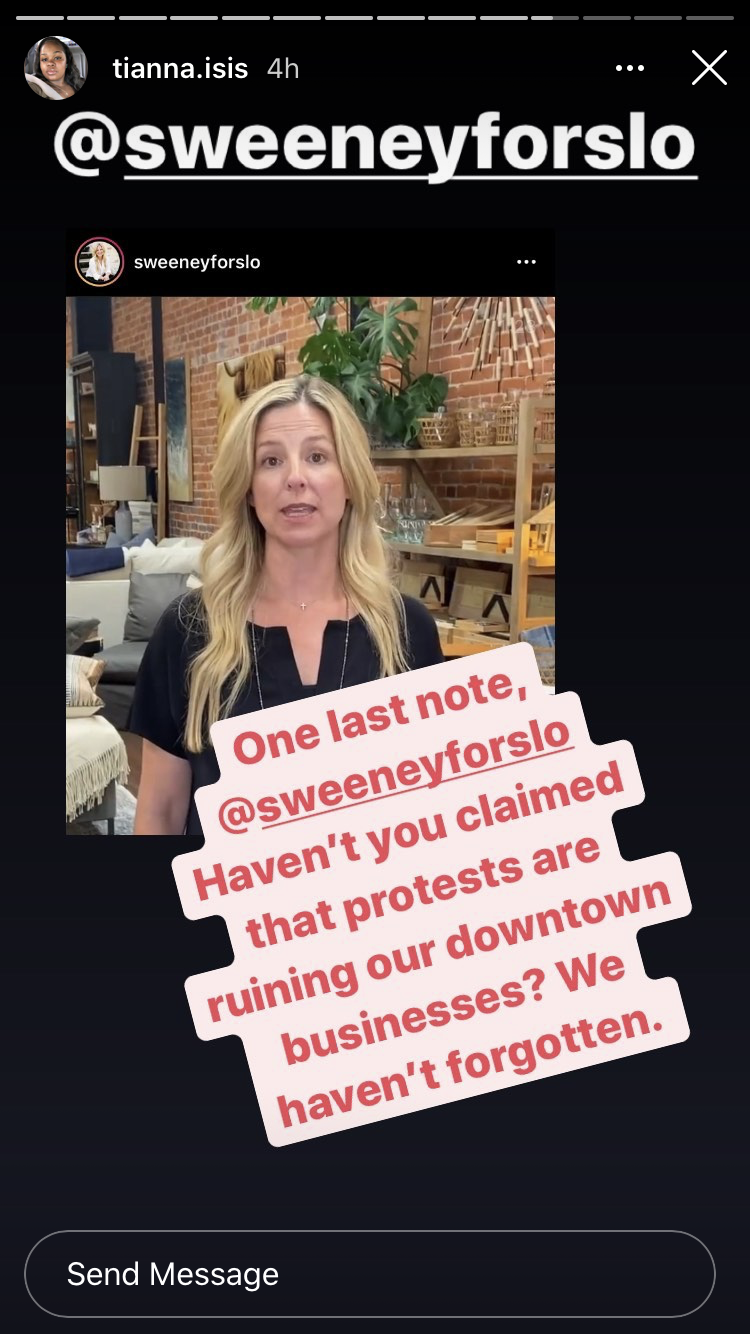 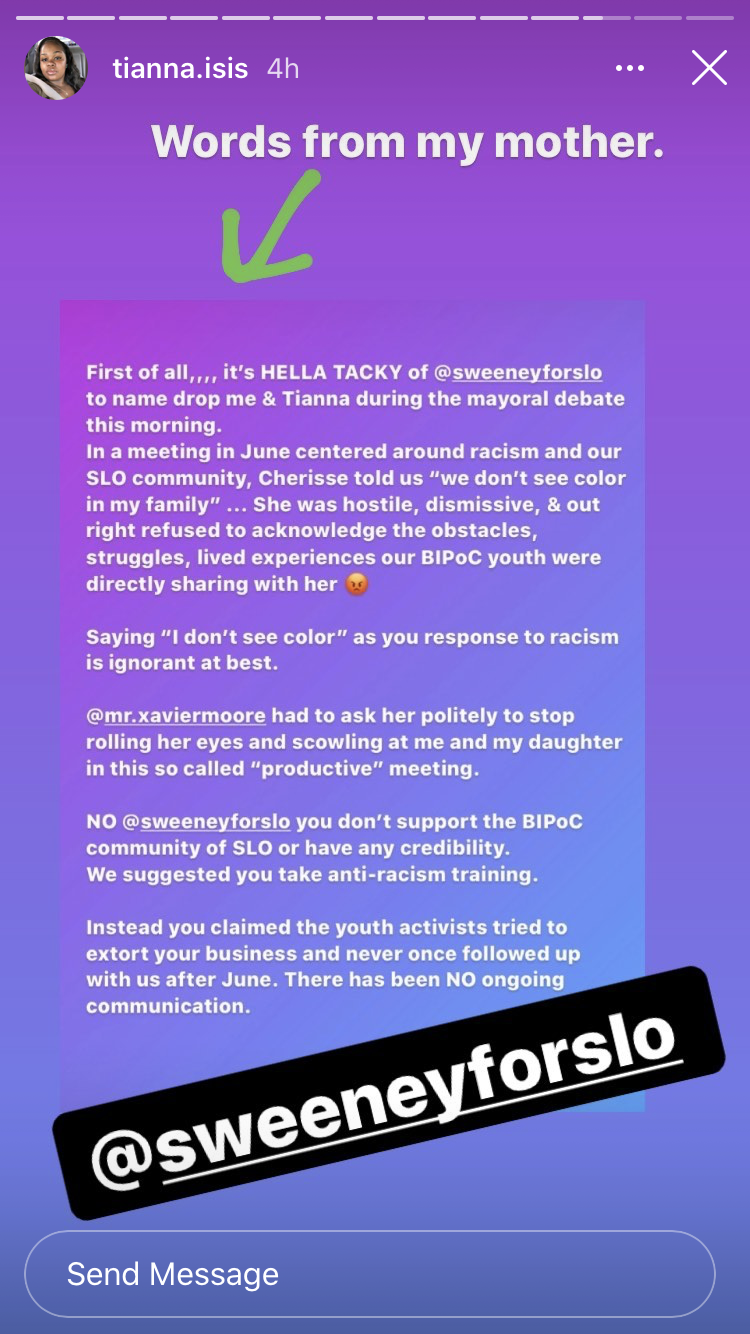 Arata also questioned what Sweeney was referring  to as “creative problem solving,” because there has been no contact between Sweeney and local BLM leaders since June, according to Arata and her mother on Instagram.

In the debate, Sweeney said she thinks that maintaining open communication is essential. She said in an email that these difficult conversations need to be had in San Luis Obispo.

“I empathize with where they are coming from, even though our perspectives are very different,” Sweeney said in an email.

“You don’t support the BIPOC community of SLO or have any credibility,” Arata’s mother wrote. “There has been NO ongoing communication.”