Cal Poly has released its annual security report. Compared with other California State University (CSU) campuses, the campus has a high number of reported rapes, as well as drug and liquor arrests.

The information in the annual crime statistics report is only the reported crimes and is not a complete account of every crime committed on campus. These numbers may be affected by the willingness of victims to come forward, as well as the university’s method of collecting the information, University Police Chief George Hughes stated last year. Cal Poly has the 11th largest enrollment in the CSU system.

The report only takes into account crime that occurs on campus, or at fraternity and sorority houses. Downtown arrests and off-campus burglaries are not included. 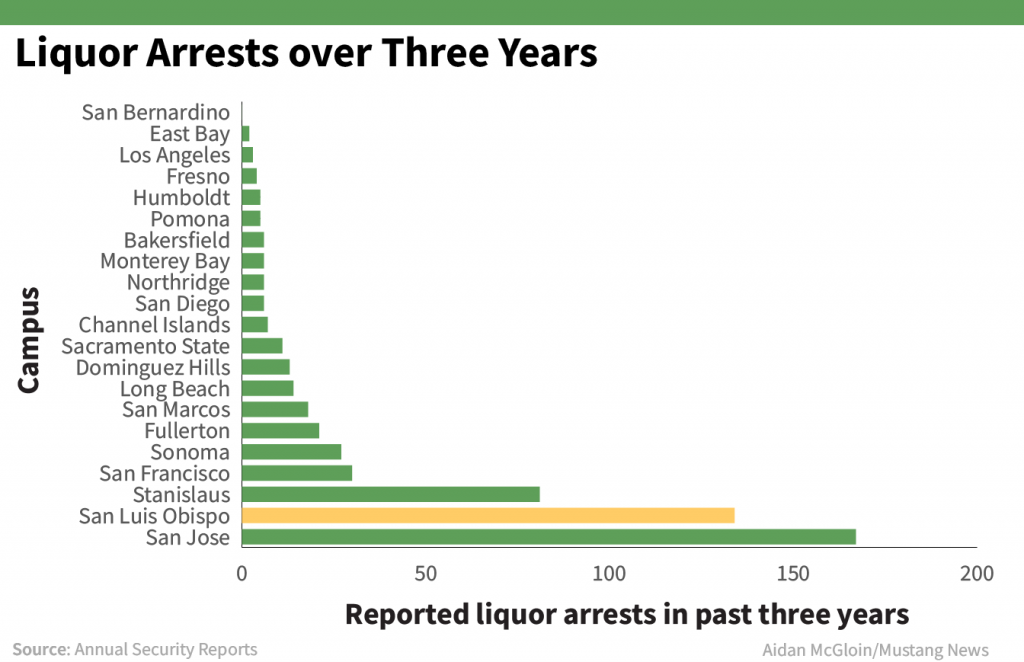 Hughes and Cal Poly Clery Director Dru Zachmeyer, who oversees the creation of this report, were not available for comment.

California State University Chico’s report is not yet published, and the Maritime Academy has been excluded due to its small size.

Cal Poly is the 10th largest CSU in terms of population.

Cal Poly ranks eight out of 21 campuses for hate crimes over the past three years. 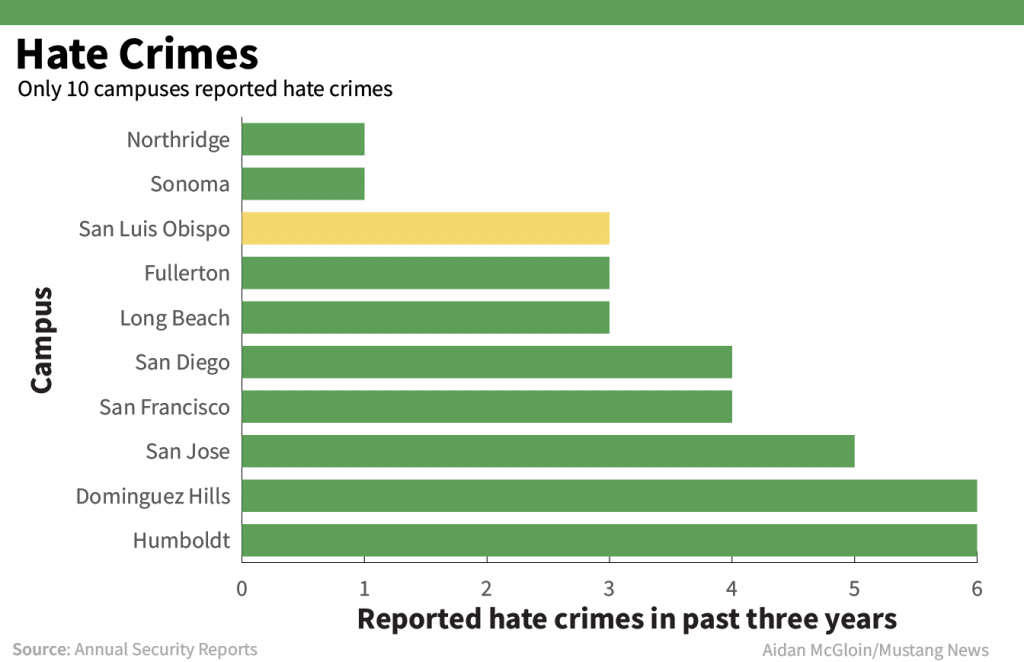 Cal Poly also has the second highest number of reported rapes across the CSU system. 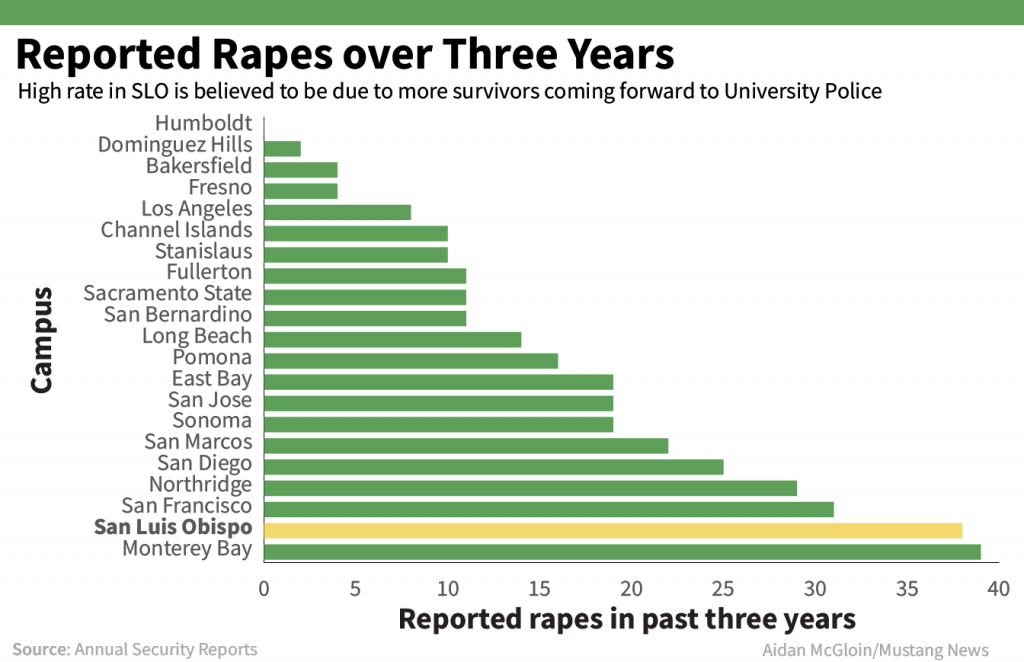 The report defines rape as “non-consensual sexual intercourse that may also involve the use of threat of force, violence, or immediate and unlawful bodily injury or threats of future retaliation and duress.”

Cal Poly has a low number of car thefts, with the campus’ numbers slightly inflated due to eight golf cart thefts in 2017. Cal Poly is on par with the rest of the universities in terms of burglaries. 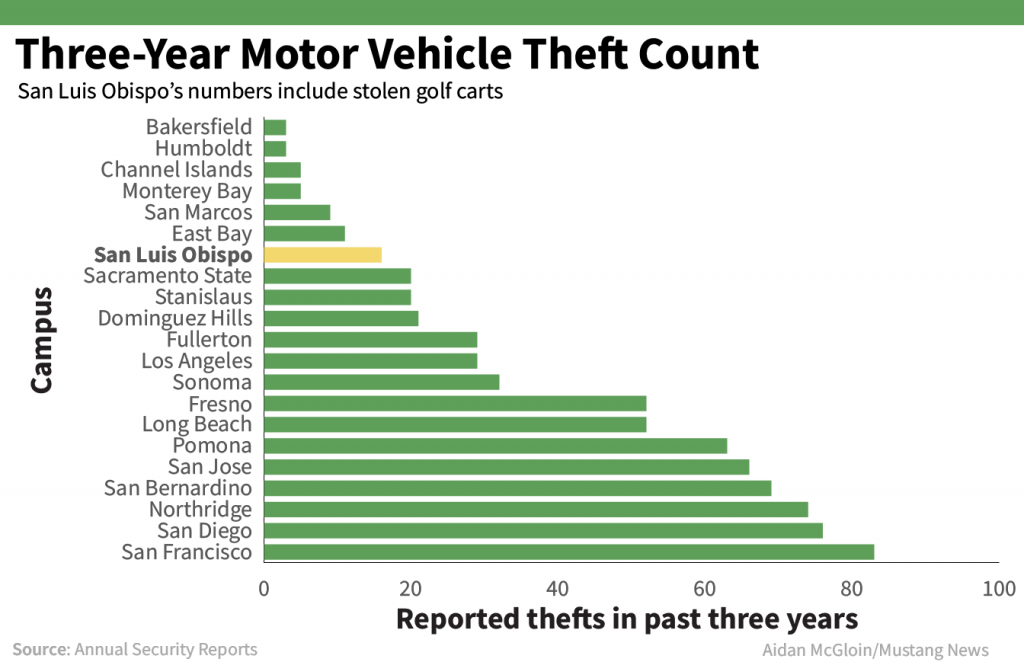 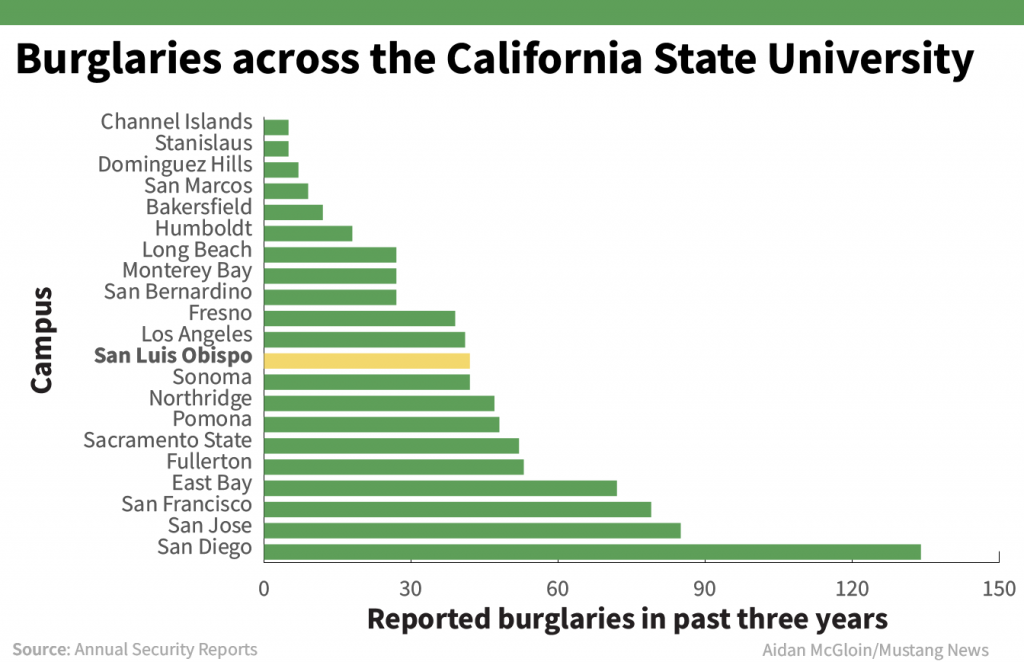 Most of Cal Poly’s crime has fluctuated over the years, but the number of reported sexual harassment crimes has increased. 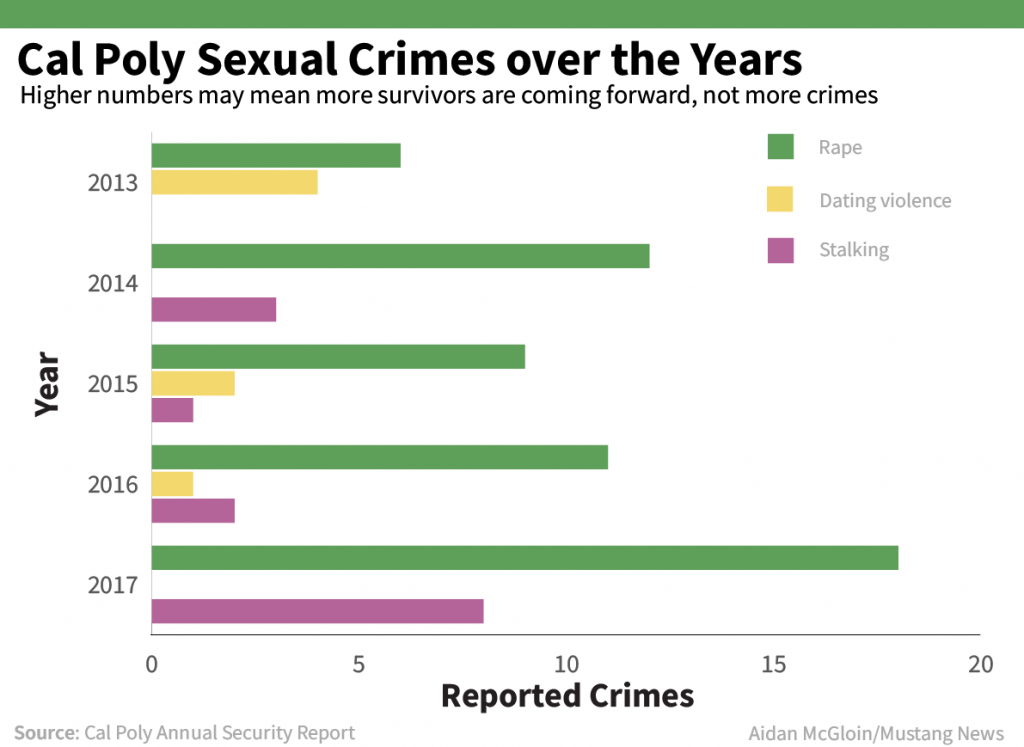 Correction: The number of liquor arrests at Cal Poly Pomona has been corrected.