The California State University (CSU) Board of Trustees granted the chancellor, campus presidents and vice chancellors a 3 percent raise July 24. The raises came after a systemwide battle over an increased CSU budget that Gov. Jerry Brown narrowly approved.

Total spending for chancellors and campus presidents rose by $38,813 after accounting for inflation, based on the Bureau of Labor Statistics’ calculations and information from a Board of Trustees agenda.

“I know that you share my belief that attracting, recruiting, retaining quality leadership for the Cal States is a significant concern,” California State University Chancellor Timothy White told the Board of Trustees.

“Leadership of our campuses and executive office is critical to the overall success of our students and university,” White said.

Armstrong had no comment because he was not involved in deciding his pay, Cal Poly Spokeswoman Cynthia Lambert wrote to Mustang News via email.

After the recession stopped executive raises from 2010 to 2013, CSU executives have received an annual 2.5 percent average raise since 2014.

The raises follow a hard-fought budget increase from the state of California which increased the CSU system’s funding by $557 million after inflation.

Rendon fought heavily to increase the CSU’s budget and appeared at a Students for Quality Education protest to show solidarity with students and faculty demanding increased investment in the CSU system from the state. 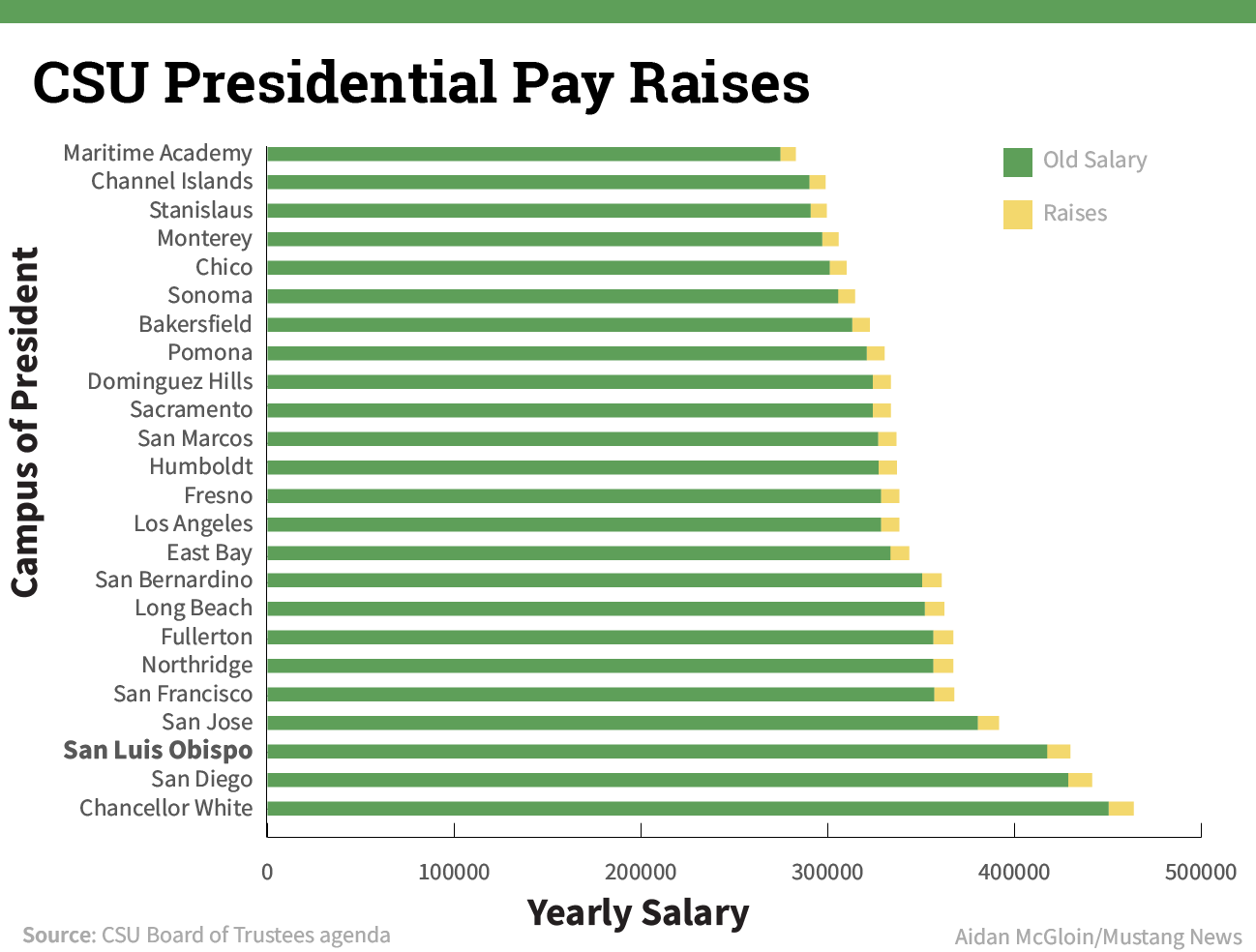 The Board of Trustees is the CSU’s governing body and consists of state-appointed leaders and Chancellor White. An ex officio trustee, Chancellor White abstained on the vote to raise his own salary.