Cal Poly made national news in Spring 2018 after the alleged blackface incident. In the emergency town hall meetings that followed, many students said the incident was a stark example of Cal Poly’s need for a more diverse and inclusive climate. With an almost 55 percent white-identifying student body, Cal Poly is the least diverse public university in California.

Students said they did not feel listened to by administration. For many, no number of campus-wide emails sent by President Jeffery Armstrong could change that sentiment.

Mathematics sophomore Kenji Kurose said he experienced that feeling firsthand, which was one reason he chose to apply for the Student Diversity Advisory Committee (SDAC) in Fall 2018.

“Sometimes, it feels like after last year, we can’t do anything about this — like they’re not listening to us students and they’re the ones making all these rules for us,” Kurose said. “But it’s important to know there are now students working with adults directly under the president, and these campus leaders are listening to us and are willing to make a change.”

SDAC was started in Fall 2018 by the Office of University Diversity and Inclusivity (OUDI). The committee is made up of 12 students who meet once a month to offer student perspectives on Cal Poly’s climate and review proposed diversity initiatives. They help the office tweak and prioritize certain initiatives. All their recommendations are reported to Vice President of Diversity and Inclusion Jozi De Leon, who then discusses the student input with university board members and senior leadership.

An advisor to the committee and program leader at OUDI, Kari Mansager, said the group mainly advises the office on the Collective Impact recommendations formed in 2017, which are gradually being implemented.

“One of the flaws with the Collective Impact process last year was that we had very little student involvement,” Mansager said. “What we’re doing should benefit the student body, so student voices are so critical to our work. The committee is giving us a student lens of what they really want to see happen. We can see what resonates with them and ask what is missing.”

Meet three of the students on the committee, working toward having student voices heard. 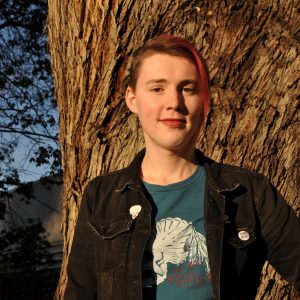 With pink hair and a “Turn Blue” pin, environmental management and protection junior Autumn Ford said she knew she wanted to join the committee right when the application came out.

“Concern was at the forefront of my mind when the application opened,” Ford said. “We’ve had instances like blackface and Milo Yiannopoulos that have led to a pretty chaotic and pretty bleak community sometimes at Cal Poly. But every time one of those large, catalyzing events happened, you would have this other group rise up and say, this isn’t us.”

Ford said she did not feel welcomed on Cal Poly’s campus her freshman year. When she became a residential advisor her sophomore year she said she started to find her place at Cal Poly and realized she can help create positive experiences on campus.

“As an R.A., I learned to help the students who needed it and learned to create opportunities for students over time,” Ford said.  “I’ve slowly worked on building out the ways I can help students here, because I kind of have this personal creed that it’s always so much better to help than to hurt.”

Ford said she is passionate about granting visibility to transgender and gender non-conforming students on campus, something she said is one of her focuses while giving recommendations in the committee. 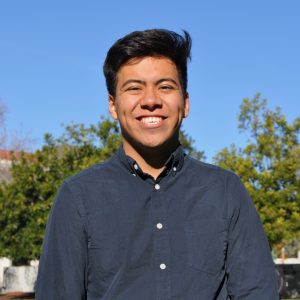 Kurose said he has never felt unsafe on Cal Poly’s campus, but he said experiencing the daily lack of diversity is hard to explain.

“There are times it feels difficult to be represented,” Kurose said. “My friend group back home was primarily Asian and most of my friends here are white, which is fine, but I want to experience and see diversity here. It makes me feel welcomed. It’s something that’s hard to describe for people of color.”

Kurose said he wanted to join the committee to help create change on campus.

“I’m a believer that change is possible in all aspects,” he said. “Not only have I been able to give my opinion, but I’ve grown a lot from listening to the other students from different underrepresented populations. I always tell people, for allyship, the most important step is just to listen — and that’s even for me, because I don’t represent every minority, so I also need to listen.” 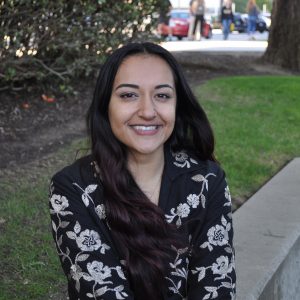 “I hated it,” Jindal said. “I never felt like I was a minority before. I felt like people were looking at me because of my skin color, which is such a weird concept.”

Jindal came back to Cal Poly, however, after a year break. She said she returned because she wanted to help make changes on campus. This year, she served as an assistant diversity editor for Mustang News during Fall quarter and joined the Student Diversity Advisory Committee, which she said feels like home.

“It could be a very hateful group, something fueled by anger, but every time I go into it it’s such the opposite,” Jindal said. “Everyone is deeply passionate, but no one is angry.”

While Jindal said it is sometimes difficult to choose hope over hate, she strives to do just that.

“I feel like if you look at a larger spectrum of hopelessness in the world, the only way to fix that issue is to start small, and the smallest thing is starting with your own college campus,” Jindal said. “It’s the advice I try to follow, and it’s what I’ve told some of my friends who hate it here — this is the best place to start making change.”