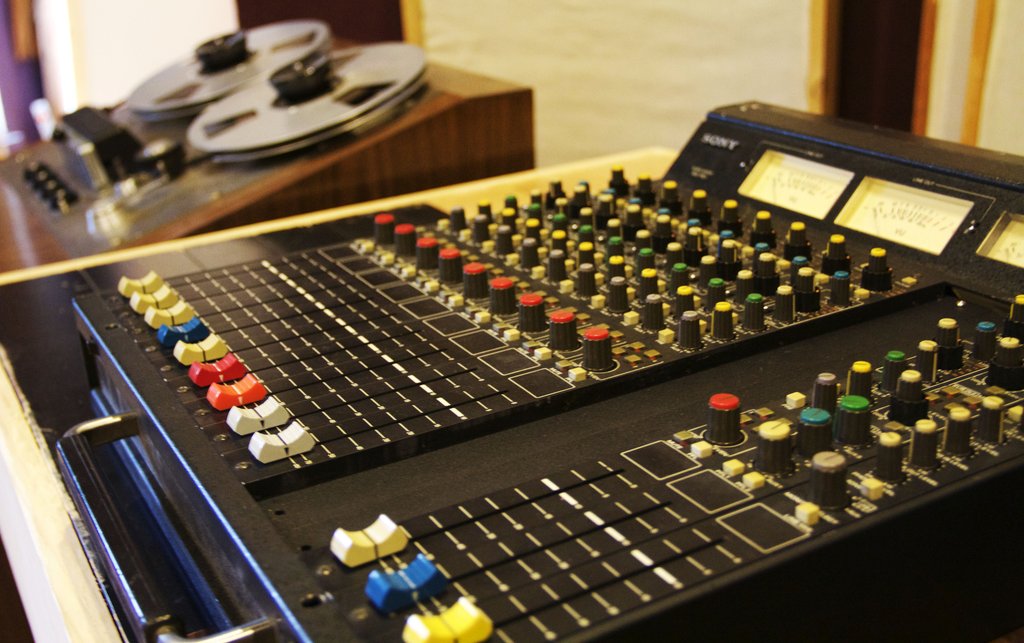 Imagine you are a small-town musician trying to record your first album. You and your band members put together all your paychecks for the month, finally scraping up enough money to record professionally.

You get to the recording studio and a strange man tells you that you have a measly three hours to get all of your songs recorded — songs you put your heart and soul into. And every additional hour will cost you double the first three. He then makes all of the decisions about the how the recording will sound when produced.

“I basically had this idea to create a center hub for the musical community in San Luis Obispo where people can pay a reasonable amount, really get to know all of the recording tools and finally, make and release art,” Cimo said.

Even if musicians already possess this knowledge and recording equipment, unforgiving noise violation fees and the sheer cost and difficulty of renting a recording space pose obstacles.

The way Cimo sees it, good musicians need some knowledge of how to engineer music, and engineers need music or some creative outlet in order to stay sane. The symbiotic relationship between engineering and music coupled with cheaper prices and more control over recording quality draw San Luis Obispo musicians and bands to Speak Studios.

In addition to educating musicians, Speak Studios aims to create an interconnected artistic community where musical collaborations are encouraged.

“The community is large enough where there is a ton of culture, musicians and art,” Cimo said. “But it is small enough where everyone can still be connected.”

This is not Cimo’s first go-around with building a recording studio. He started one in Santa Margarita but realized it was too far for most bands to travel and he didn’t have the financial resources to achieve the recording quality he wanted.

When he moved back to San Luis Obispo, however, he found the space he was looking for.

Cimo’s apartment wall bordered a treasure trove of space (albeit dirty, boarded up and covered with useless appliances and junk). Cimo asked his landlord if he could use it.

Cimo and his brother as well as co-founder, Daniel Cimo, along with other musicians they knew, cleared out the space. They patched up the dirt floor in some places and fixed the walls. They tried to be as economical and environmentally friendly as possible by re-using carpet for insulation and hardwood flooring from businesses that were moving or going out of business.

They were also creative in the types of materials they purchased for the space, using redwood trim that was originally meant for fencing and garden weed liner for some of the fabric needed to soundproof.

“The coolest thing is that this space has pretty much been built all by musicians,” Cimo said. “Everyone lends a hand hanging dry wall or whatever needs to be done. And all of those people are now involved and kind of know each other.”

Peter Sumic, an economics senior who is now in charge of studio operations, thought the crew that renovated the space really bonded over construction and the search for good deals on supplies to make the place more aesthetically pleasing.

“It was a giant team-building exercise,” Sumic said. “We made a lot of trips to businesses that were being sold to get insulation. In fact, this hardwood floor came from Higher Groundz coffee. I would just say we definitely made an effort to use recycled goods and not be wasteful.”

Although the space is residentially zoned, it is surrounded by a parking lot, church and noisy neighbors who have never complained about the studio. However, Speak Studios is hard to find if you haven’t been there before, tucked between apartments on Orcutt Road.

“The goal is to have a more publicly facing place where there can be kids classes and it can involve more ages in the community,” Cimo said. “Right now, it is more this underground, 20-something musician place, rather than a place I would take my 8-year-old kid for his violin lesson.”

Cimo has been collecting audio equipment for years. He has always enjoyed figuring out how his favorite recordings were made and then trying to replicate them.

“Audio is one of those things that you just become obsessed with,” Cimo said. “It is a labor of love to slowly accumulate specific things that will have the sonic character that you want.”

Speak Studios focuses more on analog rather than digital equipment to get a more vintage, warm-sounding production, popular in the Indie genre.

“The thing about recording studios is that you really have to separate yourself from the guy in his bedroom making music because it is so accessible now,” Cimo said. “If you listen to 90 percent of all the stuff that is being produced, it all sounds exactly the same.”

Musicians can get involved with Speak Studios in a few different ways.

There are around 12 people who pay a monthly fee to administer the studio. They are the musicians who use the space the most and create music consistently. They attend meetings to discuss the projects and musical goals for the week, and  know how to properly use the recording equipment.

Other members facilitate recording sessions with bands or solo musicians who pay a fee to use the space to record an album or a few songs, but do not want monthly access to the studio.

There are also people who take interest in engineering but don’t want to use the space every week. Speak Studios offers a training course where they can learn to use the equipment and apprentice with more experienced engineers during studio sessions.

Speak Studios now has enough stable membership to focus on other goals as well, Cimo said.

Cimo’s brother believes the space is marketable not only to college students but also other talented artists who might not be in a band or formal group.

“There are a lot of talented people in the area, whether they be students or older people who are just pretty musical,” Daniel Cimo said. “When you are in a specific band, you are in that band. With us, you are a part of a group and everyone is working together at different times on different stuff — and not necessarily only in their band.”

This idea led Vince Cimo to program similar to Grooveshark,platform on which any member of the studio can release music.

The website makes music free and accessible to the community as well as getting the word out about the kind of recording possible at Speak Studios. Users can stream music, make playlists and discover new music.

“The paradigm of a band isn’t always necessarily applicable,” Cimo said. “This space facilitates not necessarily a label, but a way for people to share their music without it being a generic Bandcamp thing. It is specific, coming from this community and this kind of style of recording.”

Cimo hopes that the community of musicians who will rally around Speak Studios will make for some exciting developments in the future. Not only will musicians have the opportunity to collaborate on songs, but also with shows the studio will organize at different venues around San Luis Obispo that Cimo feels have been underused.

One such event has already happened, when The Monroe and The Earthtones played at Creekside Brewing Company this past Saturday.

Cimo’s dream is to own multiple recording studios to interconnect more bands that could travel on a national or even international level.

For now, his goal remains to make those in San Luis Obispo more aware of the talent and possibility of other musicians as well as the power of collaboration.