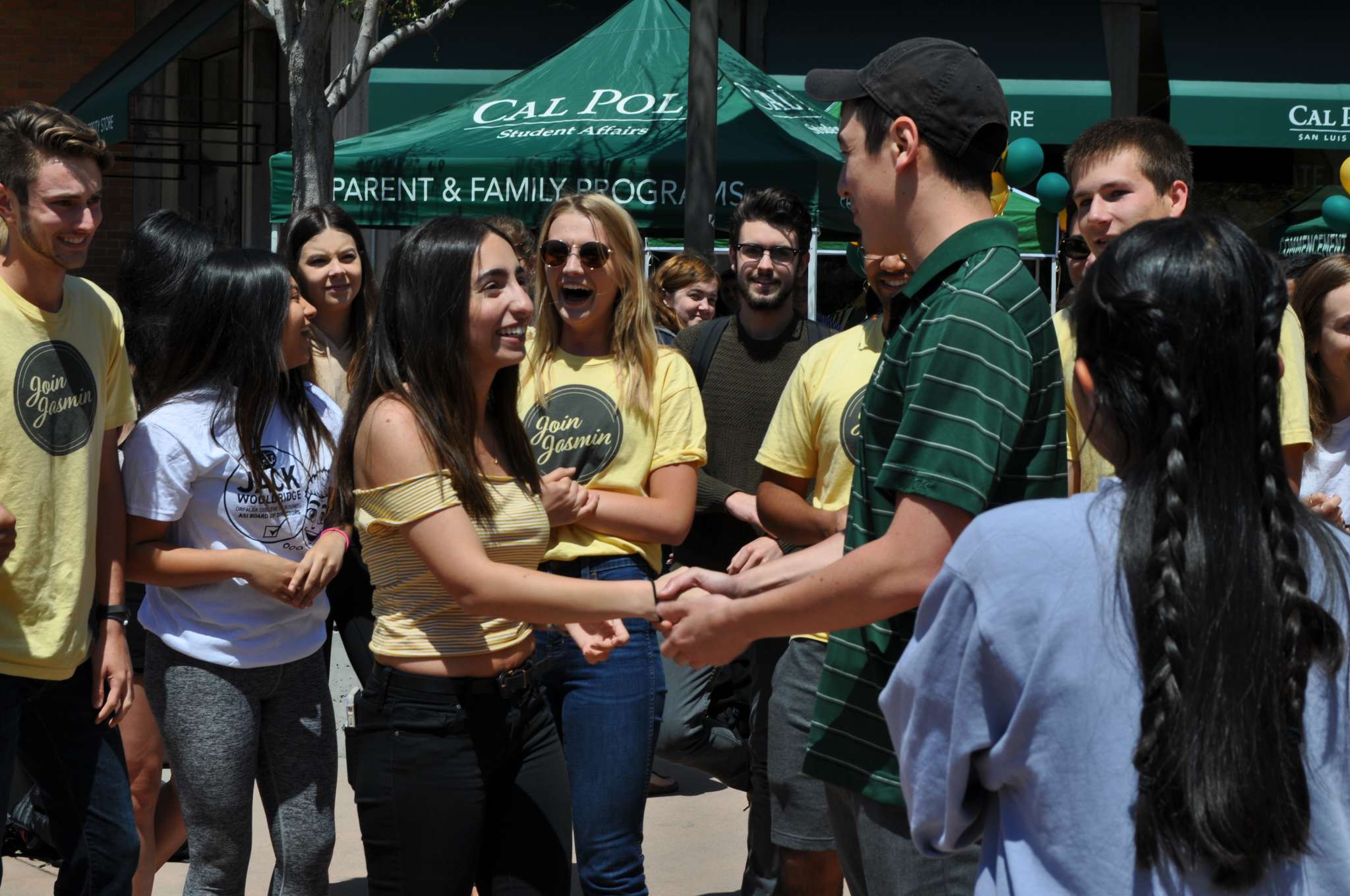 Mustang News posted a poll on Instagram to ask students if they felt progress has been made this quarter in the following areas.

What was accomplished Fall 2018

During her campaign Fashami emphasized her “ACT” platform, which stands for “Access to a voice, Creating initiative, Together as one community.” Fashami said her biggest goal with this platform was to empower student voices and ensure that students advocate for what they want.

Through her time as ASI president, Fashami has made student voices and empowerment a huge priority. She has focused on making sure decision-making committees have student voices represented.

“A lot of the student empowerment and representation has been the behind-the-scenes work,” Fashami said. “Whether that means a committee about how we are changing general education, maybe not being able to gather every student opinion, but having students on those committees to voice that opinion whether they are in ASI or not.”

Fashami said another goal for her time as ASI president was improving civic engagement among students. In October 2018, she worked to help register more than 3,000 students to vote through an ASI provided voter registration link, winning the Secretary of State’s Ballot Bowl competition.

Fashami said while the win was amazing, it was also a huge win for the Cal Poly community, showing that student concerns will become more of a priority for local officials.

“It validated a lot of the student opinion here in [San Luis Obispo], so a lot of city officials and county officials have been congratulating Cal Poly students for taking such a strong place in their local government,” Fashami said.

This quarter Fashami has also set the foundation for the committee that will handle the finances for the Opportunity Grant. Most of the money from the grant will go the the recipients; however, a portion of the money will go toward campus-wide resources for student achievement. Fashami has been working on creating a committee with a lot of student representation.

“We want to make sure the resources are going to things that students actually need, so the committee will start meeting at the end of this quarter,” Fashami said. “It is not a whole lot of money that we are dealing with right now, but I want to make sure there is a good foundation set for five years down the line when we are dealing with millions of dollars, [so] that a lot of student voices are represented.”

What to expect to see in the coming quarters

In 2012, students voted to have their fees increased in order to improve accessibility to classrooms and improve graduation rates. Now, the fees have been focused on student success in the more holistic sense.

On Friday, Jan. 18, the Student Success Fee Allocation Advisory Committee (SSFAAC) decided where they thought the $1 million fund should be allocated for the next year. Fashami was co-chair of the committee and worked alongside student representatives from each of the six colleges.

The committee has listened to proposals since last quarter and decided how the money will best benefit students.

Outside of Cal Poly, Fashimi still plans to enact change through local government. San Luis Obispo will go through the bi-annual city budget priority process, and student government plans to bring forth the issue of lighting in neighborhoods near campus, Fashami said.

Fashami also said two years ago student government brought forth this issue, and the city allocated a few thousand dollars to the project, but in her opinion it was not enough. This year, ASI is planning to gather student stories and their experiences of being in certain neighborhoods where lighting is needed.

“That’s what we are bringing up again this year and building off of the great relationship we have with the city, especially after all the voter registration we’ve had,” Fashami said. “We are very optimistic that lighting in the neighborhoods will be included in their priorities for this year.”

The first meeting to get the budget priority process started is Wednesday, Jan. 23 from 6 p.m. to 9 p.m. This is a public forum where any community member can voice their concerns. This is the first step to determining the budget priorities and it is a several month long process to deciding the 2019-2021 goals.

One third of the way through her presidency, Fashami said she will continue to focus on empowering student voices and making sure all students are represented in important decision making.

“I have learned that I am not a voice for every single student, so when I can be I really try to make it my responsibility to direct them to the correct students that would be able to add to the conversation,” Fashami said.