From Cal Poly to Fashion Week: Meet the student who doubles as a TikTok influencer 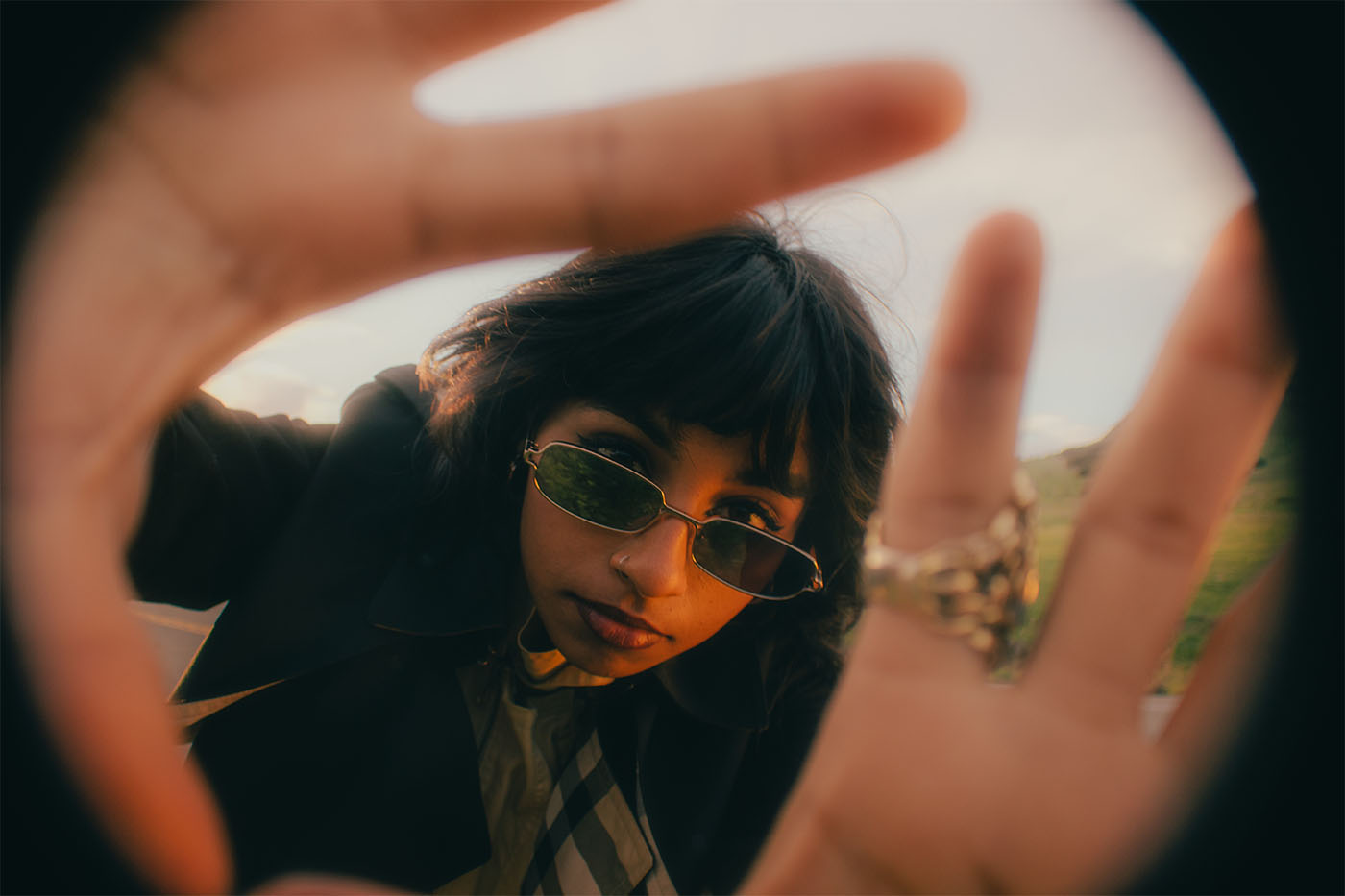 In the backdrop of a black box theater, models catwalk in luxe white, cream and black clothing and contrasting shining gold plated body armor and jewelry. Renowned athletes like Neymar Junior and Serena Williams and “Riverdale” actor Charles Melton were in attendance for the Balmain Autumn/Winter runway show at Paris Fashion Week on March 2.

Among those in the crowd was Tanya Ravichandran, a Cal Poly graphic communication junior minoring in computer science.

“I’ve been doing this for such a long time,” Ravichandran said. “It’s kind of where I’m meant to be.”

Ravichandran is a full-time social media influencer with 1.1 million followers on TikTok. Her passion for fashion is 10 years in the making — something she said she was born to do.

Ravichandran’s journey didn’t start with fashion, however. Her first love was actually photography. When she was 11 years old, she said she was inspired by her father’s hobby of extensive photography sessions during their family’s annual vacations.

The first camera she ever used was a DSLR borrowed from her father, which fully piqued young Ravichandran’s interest. Ravichandran began doing photo shoots of herself and her friends while familiarizing herself with applications such as Instagram and Photoshop.

Ravichandran said her inspiration to become a professional photographer stemmed from a dark place. She faced severe bullying from a young age up until the end of her first year of college, primarily due to her weight and having a “tomboyish” sense of fashion.

“I was the bigger kid growing up, so I was bullied for that my whole life,” Ravichandran said. “I never had friends, but it was also a benefit because I would sit in the locker room during lunch in high school and call modeling agencies in New York.

Though she was an outcast at school, Ravichandran was able to channel her love for fashion and beauty to dedicate herself fully to her craft. Ravichandran used most of her free time outside of school to coordinate photo shoots with local Bay Area models, setting up and designing shoot locations and subsequently posting her work.

Eventually she worked her way up to shooting for brands like Princess Polly and Aéropostale. Ravichandran first approached the PacSun Director of Photography via direct message and spammed his likes in an effort to gain his attention. It eventually paid off with an offer.

For the next four years, she was a regular photographer for PacSun and her pictures spanned their storefront and promotional emails. Ravichandran gained a larger following after working for the brand. She was able to secure 10,000 followers on her photography Instagram at the time, which has since tripled to nearly 30,000.

“I ask myself, how can I go against the industry I once wanted to conform with?”

Ravichandran completed multiple related trips in the meantime, like shooting the senior final collection at the Parsons School of Fashion or traveling halfway across the world to Chile for a high school trip. However, Ravichandran took a deliberate break from photography during her senior year of high school to focus on college applications.

Ravichandran ultimately decided on Cal Poly because of the uncertainty she had for her future aspirations; with her parents’ guidance, she was assured to attend an in-state, public school that is known to have a considerable return on investment.

Ravichandran re-entered the scene towards the start of the pandemic. It was at the end of her first year at Cal Poly, in 2020, that she created her TikTok account.

After posting photos from some of her past photoshoots on the app, one photography video of Tanya’s went viral on April 11, 2020.

That video served as the catalyst for her to consistently post on social media and she began posting regular fashion content soon afterward.

Ravichandran began to receive PR from huge clothing brands and amassed a cult following that she had never imagined.

“I didn’t start my account with the intention of being an influencer,” Ravichandran said. “I posted stuff that I liked and it seems like other people were attracted to it too.”

A little over a year after posting fashion videos, Ravichandran hit 1 million followers on June 23.

She cultivated her own personal digital brand because she refused to seek external validation from companies or social media followers alike, she said.

“A lot of these brands are looking for cookie-cutter skinny white girls. That’s the hard reality of it and I’ll be very honest,” Ravichandran said. “So I ask myself, how can I go against the industry I once wanted to conform with?”

Ravichandran uses her massive platform to advocate for issues that she cares about, such as supporting sustainable fashion designers and reducing clothing consumption.

Ravichandran eventually got noticed by an agency and received representation through Evolve Models. She now works every day with her manager to reach out to brands she clicks with via Instagram.

While Ravichandran said she already feels like an outsider in the industry due to being a woman of color, she still pushes to work with brands that align with her personal beliefs. Her priority is highlighting small, sustainable brands usually owned by designers of color. Ravichandran will buy their pieces, post in their clothing for Instagram and tag their account in her outfit looks.

All her work right now is leading up to her most ambitious goal yet: to start a company that combines her interests in both technology and fashion. Ravichandran is currently in the patenting process for it so she’s well on her way to hitting yet another milestone.