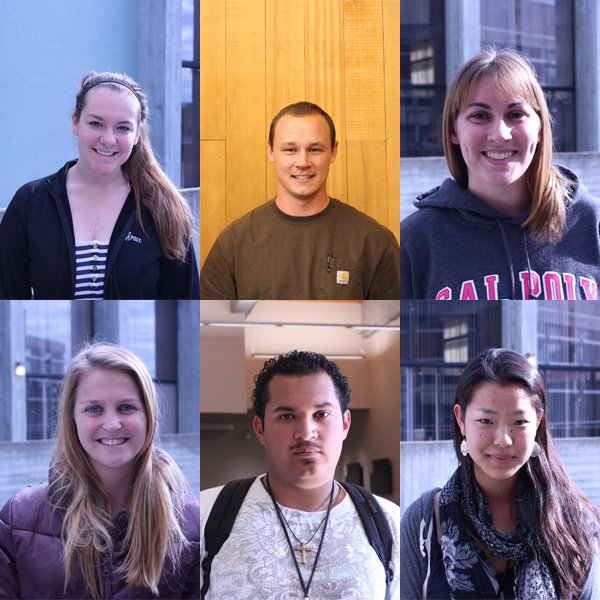 Attendees at a campus forum Friday spent more than an hour criticizing a “Colonial Bros and Nava-hos”-themed party Cal Poly is investigating, as well as the students who participated in it.

No one at the forum in Chumash Auditorium publically defended the theme or “offensive” nature of the party, which has prompted a university investigation and made national headlines this week.

“As director of public relations, I apologize formally,” Horncliff, a kinesiology junior, said. “We messed up.”

After leaders of Cal Poly diversity groups made remarks condemning the party as racist and sexist, students, faculty and staff spent more than an hour calling for change in students’ attitudes toward minorities on campus.

“We are not adults, because an event like this happened,” English senior James Kelly said. “We need to have a greater understanding and greater maturity and recognize that there are consequences, even when you do not have malicious intent.”

Sarah Lamar, a biological sciences senior and member of the American-Indian Student Association, told the forum that incidents like the fraternity party took away from the excitement she had coming to Cal Poly.

“It is very disheartening to come to a school like that,” Lamar said.

Other students told stories of larger patterns of discrimination at Cal Poly.

Faculty and staff in attendance, as well as some students, appeared to mostly favor more required education in cultural diversity as part of general education requirements.

But among those who didn’t volunteer to speak in front of the hundreds of people at the forum, some weren’t as convinced of how inappropriate the party was.

As he left the forum, bioresource and agricultural engineering freshman Logan Honeycutt said he thought the event was, “a big waste of time.”