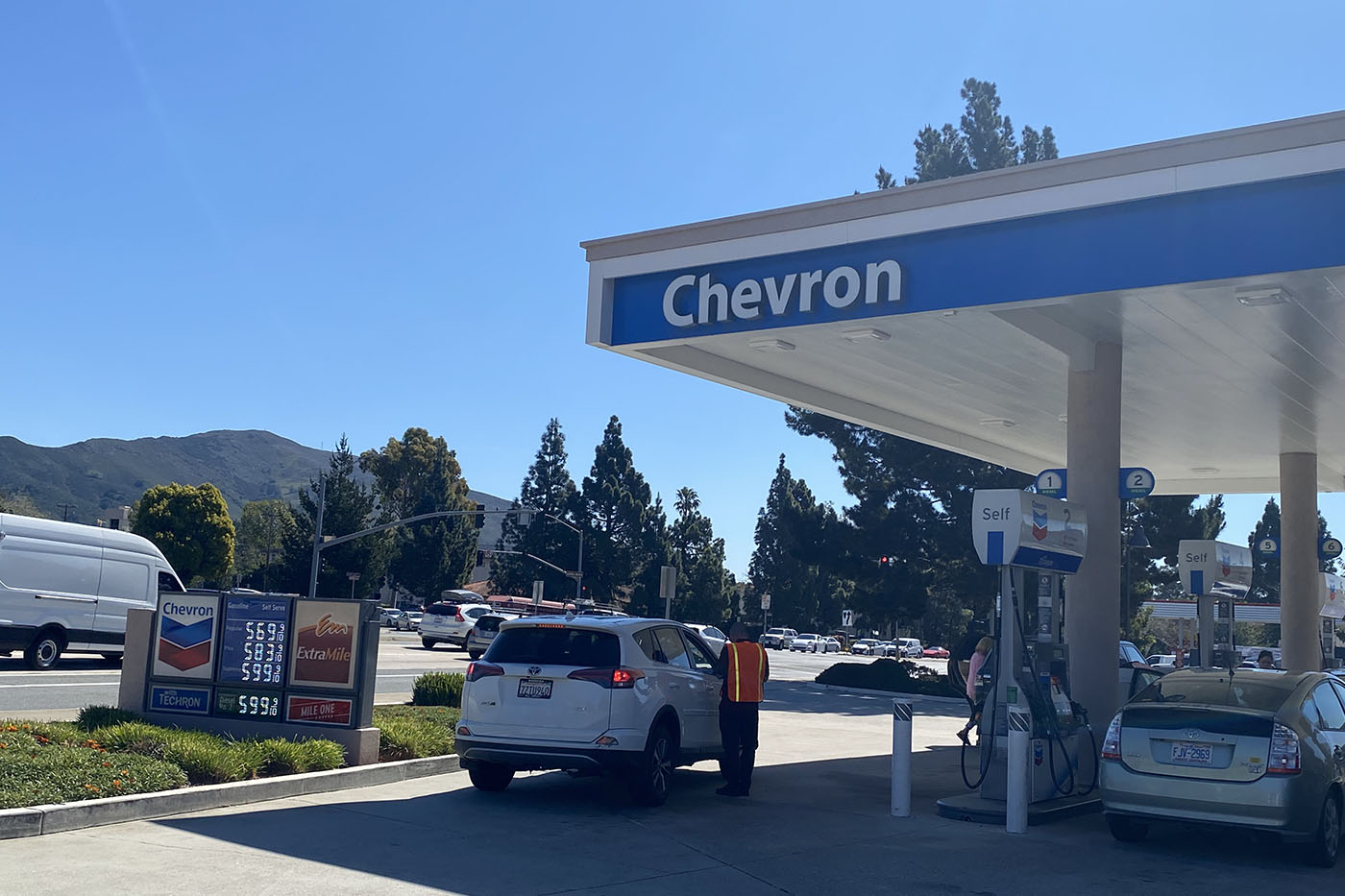 The Chevron on Santa Rosa Street is currently charging $5.99 per gallon for premium gas as of Monday, signaling the steep increase in gas prices across San Luis Obispo County.

The Chevron and the Speedway Gas Station across from it are two gas stations close to Cal Poly’s campus. San Luis Obispo County stands as the county with the fifth most expensive gas in the United States, according to GasBuddy.

“It’s not good — it costs $140 to fill up my truck,” recreation, parks and tourism administration junior Mason Merin said. “Hopefully, it doesn’t keep going up.”

Cal Poly economics professor Steve Hamilton said that these gas prices are not expected to persist for long.

“The market is expecting that this is a fairly short-term phenomenon,” Hamilton said. “But certainly summer is usually the most expensive time for gas in California – primarily the Central Coast.”

GasBuddy also reports that San Luis Obispo County has had an 80-cent increase in gas prices.

California currently hosts the highest gas prices in the nation, with an average of $5.343 per gallon for regular gas. The cheapest average gas in Missouri is at $3.627 per gallon, according to the AAA.

As the price for gas goes up, gas stations have been selling less gas, hurting their business. The local Chevron on Foothill’s pump sales has decreased $7,000 a day, according to store manager Matthew Ramsey.

Within San Luis Obispo County, the highest gas prices can be found at the Shell on Shell Beach Road with $6.25 per gallon, according to AutoBlog. Some of the cheaper gas stations include Speedway Express with $5.19 per gallon and Conserv Fuel on Santa Rosa Street with $5.14 per gallon.

The all-time average highest recorded gas price for regular unleaded gas was $4.114 per gallon while the current average gas price is $4.065, according to AAA.

“It’s certainly going to be temporary, but it’s hard to say when,” Hamilton said. “If Russia left Ukraine and everything settled down tomorrow, the oil markets are gonna react, but if that doesn’t happen then … it’s gonna take a couple months to sort this all out.”

Consumers understand why gas prices are going up, said Ramsey, but the uncertainty of not knowing when the increase will come to a stop is difficult.

In a recent interview with CNBC, President Andy Lipow of Lipow Oil Associates, a consulting firm specializing in the petroleum industry, said that gas prices will stop at a national average of $4.50 a gallon.

To reduce their usage of gas, San Luis Obispo residents can utilize resources like the SLO Transit, carpooling and bicycling. There are also charging stations on campus for electric vehicles.