Not their first rodeo: The Cal Poly Rodeo Team

The smell of dust, kettle corn and mud pies was thick in the air. And while the clock’s perpetual ticking was perhaps lost on some spectators, members of the Cal Poly Rodeo Team had to account for every second. In a sport where seven seconds on a bull is one too short, but 19 seconds on a horse is one too long, team members have one constant opponent: time.

Since taking over coaching for Cal Poly’s team in 2013, Londo said he has seen it grow from approximately 20 members to approximately 65. The team only had 15 athletes when it was first established in 1939, according to the rodeo team’s website.

“We’ve gone from kind of a rag-tag setup to something pretty state of the art,” Londo said. “And that’s thanks to a lot of the students who donated labor and time, and some donors who donated materials to make our practice facility what it is now.”

The rodeo team has earned more than 40 national titles since it started, making it one of the most winning teams in the National Intercollegiate Rodeo Association (NIRA).

Agricultural communication junior Katie Rice has competed on a national level in the past. At this year’s Poly Royal, she placed first in the goat tying event and second in the general women’s all-around division, among other honors in the West Coast Region standings.

She said part of her success was due to her familiarity with the culture. Rice grew up on a ranch with parents who were both involved in rodeo.

“Rodeo’s a very different sport,” she said. “It’s hard — it’s really hard — for people to actually understand … For me, going and saddling a horse after school to gather cattle was normal, and that’s not normal to a lot of people.”

Rice said she can spend the whole day, from early dawn to late night, honing the skills of her and her horse.

“What a lot of people don’t understand is, you can play basketball, you can play whatever, and your practice goes from 2 to 5,” she said. “Ours is all day long. We come out at 6 a.m., practice, then we feed the horses. Then we run to class, then we come back. I clean the stalls and do another event. I’m here until 9 o’clock at night at least three days a week.”

As with most sports, team members have to keep fit. The high-impact, high-intensity demands of the sport require they stay in shape and flexible. Rice said she runs to keep up with the physical demand on top of everything else.

For anyone who doesn’t see rodeo as a real sport, Londo said, simply: “I would suggest they come out and give it a shot, and see if it takes athletic talent.”

Team members aren’t the only people in the ring who have to be ready to take a hit.

JJ Harrison, a rodeo clown of eight years who performed at Poly Royal, stays on the ground for the duration of the event. He keeps spectators interested and helps subdue the animals. He said it’s terrifying, yet thrilling.

“You know, I think it’s one of those things that’s about respect,” he said. “Because the bull’s running at you and one of two things is going to happen: You can run away or you can get run over.”

Harrison was a middle school teacher before taking a sharp turn on his career path to follow the rodeo circuit. An integral part of his job now is to help minimize injuries on the field — he said having the opportunity to keep everyone a little safer is one of the main reasons he stays with it.

“There’s a calm that comes over me (while facing a bull), knowing that I’m protecting that cowboy,” he said. “So yeah, I’m going to draw attention to myself. I’m gonna throw my hat, I’m going to make noise.”

Dealing with those animals might not be such a big deal for those involved, except many of the animals that team members ride, rope or wrestle is up to chance.

“Luck of the draw is a huge factor in rodeo because so much depends on the speed of your run or your score in the riding events,” Londo said. “When half of the factor that can go into whether your (time in the ring) will win you money depends on the stock, I think you have to go at it with the mentality that you can win on anything. You can’t, but you still have to face it that way.”

All fun and games until someone gets hurt 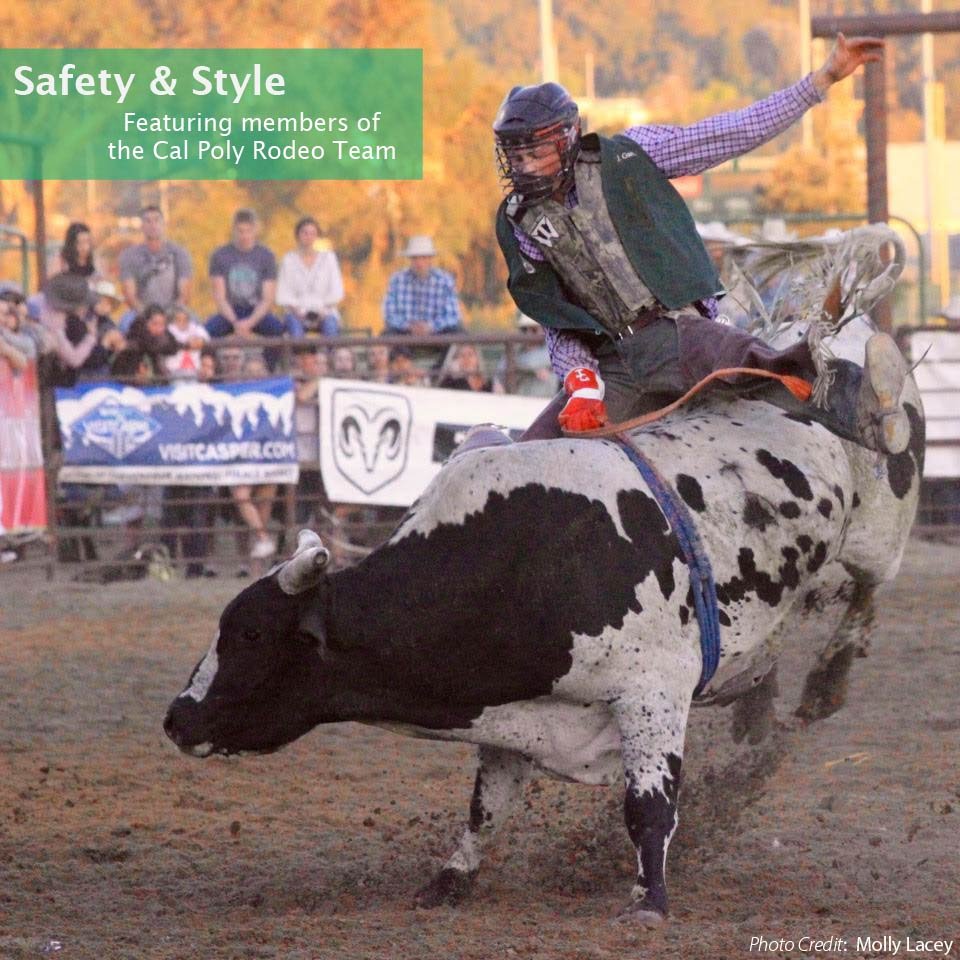 While common injuries for people involved in the sport include concussions, broken bones and injured joints, some animal welfare groups, such as the American Society for the Prevention of Cruelty to Animals (ASPCA) who openly oppose the rodeo, say it is the animals that are more at risk.

However, there are deeply ingrained misconceptions about how the animals are taken care of, according to Londo. The animals are greatly respected, he said, and are given highly nutritional diets packed with vitamins, kept up-to-date on vaccinations and are often only worked for a short amount of time each day.

“I invite anybody to come out and see how the stock is taken care of, but they’re treated maybe the best out of all of the stock animals,” he said. “To have productive practice we need practice stock that feels good and squirrely, just like I would want you or me to feel good in the field.”

Additionally, the Professional Rodeo Cowboys Association (PRCA), which Londo has been a member of since 2003, details strict rules regarding humane treatment of the animals.

All of that work from different people, all of the time and the possibility of injury, goes into a shot for victory which lasts only a few short seconds. It sounds like such a blip in time for such a high-stake goal, but the Cal Poly Rodeo Team has continued to rack up valuable points in the West Coast Region standings. The women’s division captured first place, and the men’s division took fifth.

The most impressive thing may not be the accolades, but how team members can wear the chaps as well as the many hats they are required to wear outside the ring as Cal Poly students.

“Really, this is something these students work at every day while juggling academic schedules, jobs and a social life,” Londo said. “It’s something to be admired.”