In an email sent to all students and staff, President Jeffery Armstrong denounced the “inappropriate and hateful actions on campus” in recent days. He cited racial slurs directed at students and offensive graffiti and postings, saying he was “disgusted.”

“For those engaging in these activities, I want be very clear: While free speech is protected by the First Amendment, actions that violate the law and extend beyond First Amendment rights will not be tolerated,” Armstrong said.

Armstrong said reports of activities that violate the law will continue to be reviewed by law enforcement and may result in criminal charges or expulsion.

In the email, Armstrong acknowledged the high emotions on campus, but said students and staff must focus on constructive dialogue to support a more inclusive community.

“This is a difficult time, but it presents us with an opportunity to make meaningful change,” Armstrong said. “If we talk with each other, respect one another and learn from each other, we can make this university – our university – a better place.”

Before President Jeffrey Armstrong announced that Interfraternity Council and Panhellenic fraternities and sororities were indefinitely suspended, several racist materials were found around campus. Agricultural Sciences (building 11) was found scattered with racist graffiti and vandalized posters April 17. Racist posters with incorrect statistics were also put up throughout the building. 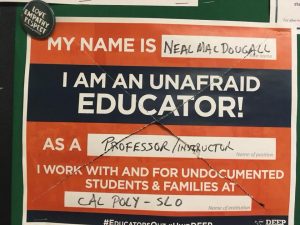 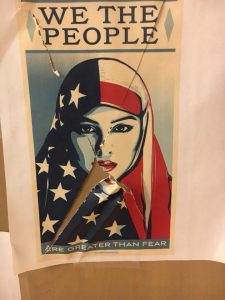 Disturbing posters comparing the human species to that of animals such as gorillas and bears, were posted throughout the halls along with maps of skin tone, IQ and rates of rape and homicide.  One racial slur was written on a bathroom stall in building 22.

“I know that Cal Poly President Armstrong has asserted that a racist culture does not exist at Cal Poly but it makes me wonder what kind of culture these images represent?” MacDougall said. “All of this was centered around my office hallway this morning. I think we have to move beyond protecting the Cal Poly ‘brand’ and start dealing with the Cal Poly reality.”

This vandalism comes after a Lambda Chi Alpha member was pictured in blackface at a brotherhood event April 7. A photo of Sigma Nu members in stereotypical gangster outfits captioned “When you get the holmes to take a picture of la familia” also recently surfaced.

Though no one has been caught vandalizing Cal Poly buildings, university spokesperson Matt Lazier said appropriate action will be taken against individuals who break university policies. 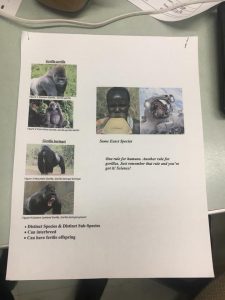 “Any actions that do violate the university’s Time, Place and Manner Policy (CAP 140) or First Amendment rights — including threats of physical violence or harm, expression that constitutes criminal or severe harassment, or defamation — will result in discipline from the university, up to and including expulsion/termination, and potentially criminal charges if criminal laws have been violated,” Lazier said. 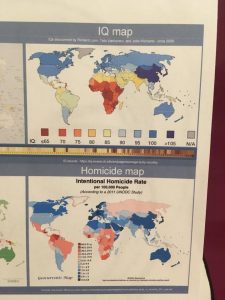 Lazier also said the university abhors and denounces hateful and racist speech and actions and that these actions are inconsistent with Cal Poly’s values.

“We must use this time to reject hate and come together as a community to foster a constructive dialogue and begin the healing process,” Lazier said.

Correction: The original article referred to the Agricultural Sciences building as Building 111. This has been changed to reflect Building 11.